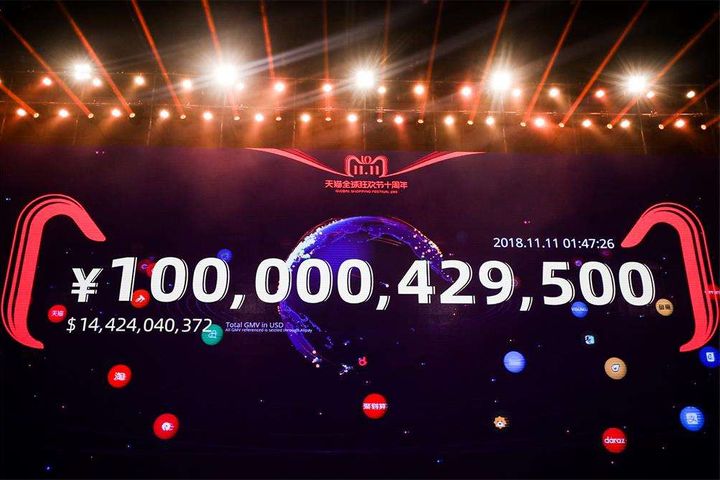 On this tenth anniversary of the business-to-consumer platform's Double-11, the number of brands partaking has risen to 180,000 from 27 in 2009. The amount transacted has also climbed, to CNY168.2 billion last year from its starting CNY52 million. The company's Double-11 event has thus formed a key force fueling China's rising consumption over the decade.

Alibaba founder Jack Ma aired a video at this year's party to thank all participants in the Tmall event over the past ten years and wished consumers and businesses the world over a happy Nov. 11th this year, which Alibaba Chief Executive Daniel Zhang predicted yesterday will be the biggest ever.

Double-11, also known as Singles' Day, started as an anti-Valentine's Day protest by male Chinese college students but has now morphed into the world's greatest display of consumerism. Double-11 denotes the date on which it falls.