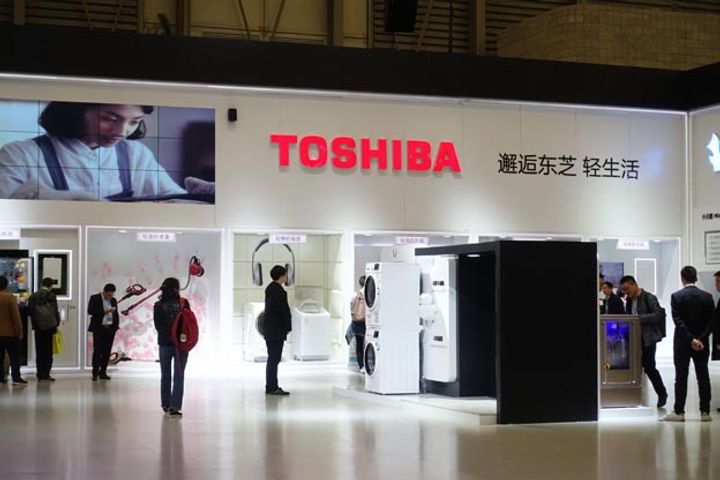 (Yicai Global) May 18 -- China's anti-trust regulators approved the sale of Toshiba Corp's chip unit to a US consortium in further signs of easing trade tensions between the world's two largest economies.

The deal has now secured all the necessary anti-trust approvals, and the procedures for the USD18 billion sale to the Japanese-US-South Korean consortium led by US fund Bain Capital, have been finalized, private equity firm Bain Capital said. The deal is expected to close on June 1.

China's scrutiny of the deal began last December at a time when trade frictions between Beijing and Washington escalated.

Toshiba prepared alternative plans including an IPO for its chip business or walking away from the deal in the absence of an approval from China.

Toshiba will receive about JPY1 trillion in proceeds from the deal, a much-required boost to its financial situation. It plans to release a five-year medium-term business plan, outlining the post-sale development strategy for Toshiba Memory this year, and invest money into growing businesses.

The Japan-U.S.-South Korea consortium is made up of Bain Capital, Apple Inc. and some other technology giants from the US, as well as South Korea's semiconductor giant SK Hynix Inc.

As the sale is finalized, Toshiba Memory will be able to invest more actively in product development and counter its South Korean rival Samsung Electronics Co., analysts said.