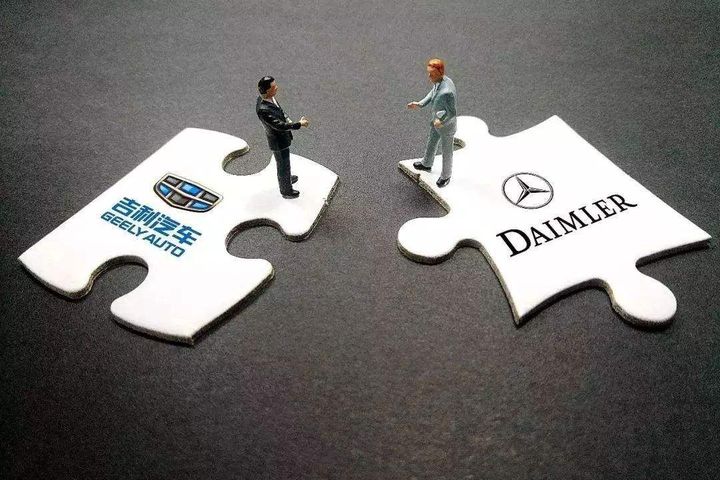 (Yicai Global) Feb. 28 -- Swedish truckmaker AB Volvo has dropped its chairman Hakan Samuelsson due to his role as chief executive of the brand's car manufacturer, which has become affiliated with one of AB Volvo's biggest rivals Daimler AG.

Zhejiang Geely Holding Group Co., which owns Volvo Cars Corp., recently created a conflict of interest between the Swedish auto units by taking a 10-percent stake in Daimler. The board cited the affiliation as the reason it did not nominate Samuelsson for re-election at its annual general meeting in April.

Samuelsson joined the AB Volvo board in 2016 and has been chief executive of Volvo Cars since 2012, two years after Geely purchased the division.

The move comes amid frictions surrounding the Daimler buy-in. On Feb. 26, German business daily Handelsblatt quoted sources as saying that the Mercedes-Benz owner was looking to prevent the Chinese firm from taking a seat on its board of supervisors, as it could lead to inside knowledge leaking to Volvo.

A report the same day by local news agency Stuttgarter Zeitung quoted the German Minister of Economic Affairs Brigitte Zypries as saying that the government would scrutinize the deal. German law states acquisitions of over 25 percent of equity trigger government intervention and investors must abide by market rules, she said.

However, a spokesperson for the German government said on Feb. 25 that authorities were aware of the Daimler transaction and viewed it as a business decision for entrepreneurs to handle. The investment involved only a minority equity interest, so there was no need to investigate economic or antimonopoly issues, he added.

"We understand Sweden and Germany's concerns over the acquisition, but everything was done in compliance and in consideration of the long-term interests of each company," said Yang Xueliang, vice president of public relations and brand management at Geely. German laws will dictate whether or not Geely will take a seat on Daimler's board of supervisors, so the firm's defensive stance may not be effective, Yang added.

The German Securities Trading Act states that investors should notify the listed company and Federal Financial Supervisory Authority (BaFin) when it takes a 3-percent stake in a German public company. They must also send notifications when taking on a 5-, 10- and 15-percent stake.

Geely did not reveal its plans to buy the Daimler stake and BaFin is investigating whether there was a breach of disclosure rules, which could result in a fine of over EUR10 million (USD12 million).