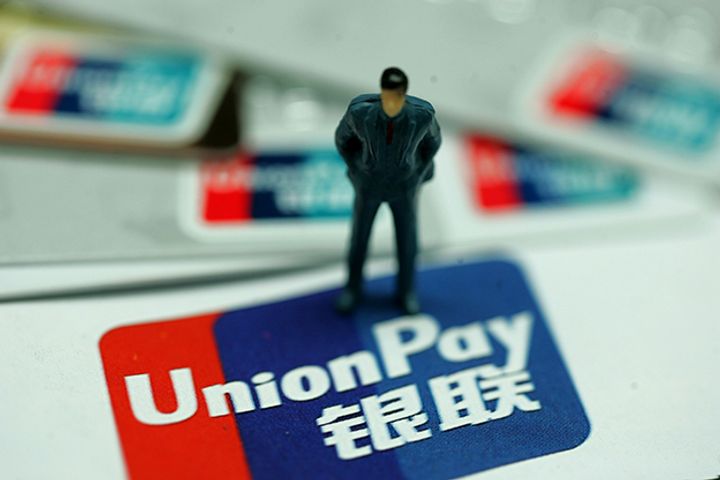 (Yicai Global) Oct. 19 -- China UnionPay, a traditional payment giant and bank card provider, is rapidly expanding in mobile payments and promoting a range of products to reel in internet users.

After UnionPay partnered up with more than 40 commercial banks to launch its own QR codes in May, average monthly transactions rose by 45 percent and the number of active merchants surged 87 percent. More than 120 mainstream apps use the financial firm's QR codes online, while almost 200 bill-collecting companies and agencies have adopted the payment method.

QR codes are an important part of mobile payments at the moment, Xu said, adding that UnionPay has also introduced a series of incentives to encourage spenders to pay with its QR codes.