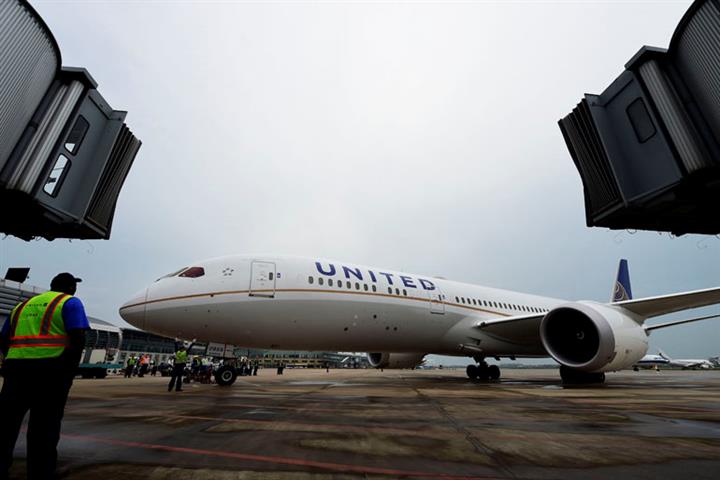 (Yicai Global) April 30 -- United Airlines plans to increase the number of passenger planes chartered for cargo flights from China to ensure smooth goods transport and supply to the American demand for more medical supplies during the Covid-19 pandemic.

The Chicago-based carrier will run 289 such flights between China and the US next month, the Civil Aviation Administration of China said yesterday. That will take the total number for this month and next to over 400.

United flew its first cargo-filled passenger jet from Hong Kong on March 28, and later began chartering planes for round trips from Shanghai, Chengdu and Beijing. It is the only US passenger airline running charter services in the latter two cities.

The planes, all Boeing 777-300 or Boeing 787-9 planes, fly from the three cities and the special administrative region into Chicago, Los Angeles, San Francisco and Washington DC. They carry medicines and medical supplies such as masks, gloves, goggles, protective clothing and disinfectants made in China.