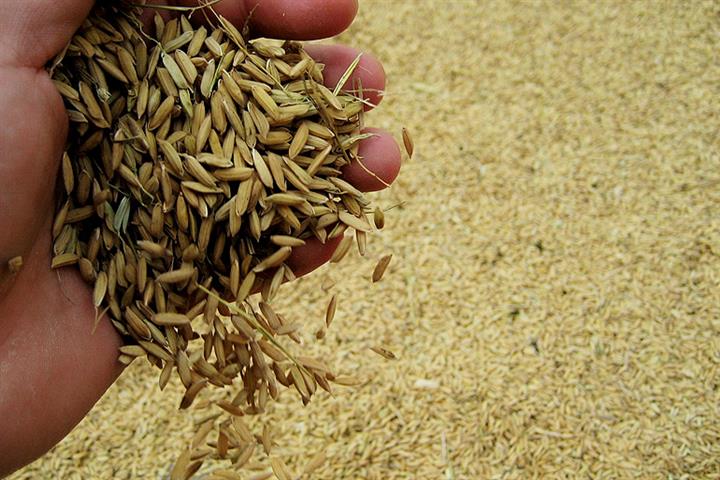 (Yicai Global) April 2 -- The use of wheat and rice as alternatives to corn, whose price has soared 45.5 percent in the past year, to feed livestock will not affect China’s grain security as wheat and rice stocks are at an all-time high, an official from the National Food and Strategic Reserves Administration said today.

China’s food security is assured, Qin Yuyin said. The country has enough rice and wheat reserves to feed all its 1.4 billion people for one year. The additional use of the grains won't affect market stability as supply and demand are basically balanced, he said.

Chinese farmers have been urged to look for locally grown substitutes to imported corn and soybeans, whose import amounts and prices have hit new highs. Last year, China imported a record 140 million tons of agricultural products, a jump of 28 percent from the year before, 80 percent of which was used in animal feed, Chen Mengshan, president of the China Agricultural Technology Economics Association, told Yicai Global last month.

China is also expecting a bumper harvest of wheat this summer as the planting area has been expanded and the seedlings are growing well, Qin added.

The country will focus on integrating fifth-generation networks, artificial intelligence as well as Big Data technologies into the grain industry and build a national food reserve data security center to help transform the entire food industry chain over the course of the Fourteenth Five Year Plan from 2021 to 2025, said Qian Yi, head of the administration’s planning and construction department.