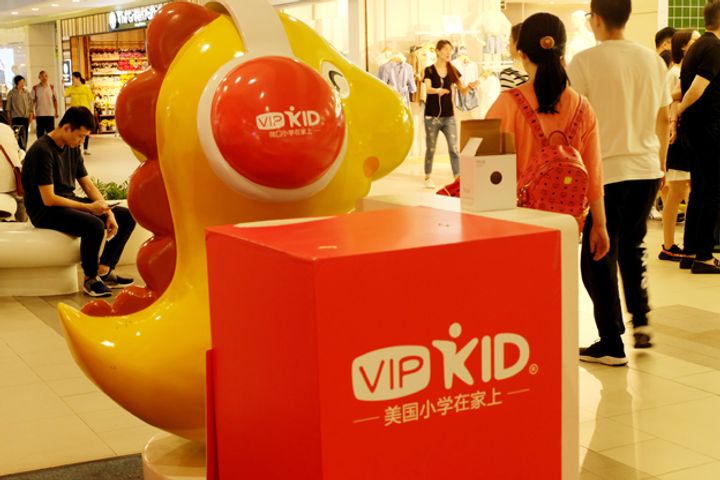 (Yicai Global) June 21 -- VIPKID, Chinese online education firm that specializes in children's language learning and offers an American education experience to students aged 4-12, raised USD500 million in a new round of funding, which is so far the largest financing for an online education startup in the world.

The company, which has Tencent Holdings as strategic investor, attracted some big venture capital firms in its D+ round of financing. Coatue Management, Tencent, Sequoia Capital China and Yunfeng Capital jointly led this round of funding, online news portal Sina reported today.

The new financing amount brings the valuation of Vipkid, operated by Beijing Dami Technology, to over CNY20 billion (USD3.1 billion), which makes it the sole education startup valued over this amount in China.

The total financing in China's K12 education field amounted to about USD1.5 billion in the first half of this year, with Vipkid already attracting one-third of it. Together with USD200 million raised in D-round financing in August, Vipkid has raised a total of USD700 million in less than one year, consecutively setting the record for the largest amount of financing in the world's online education field twice, public information shows.

The new funds will be used to recruit outstanding teachers from North America, to bolster education technology talent pool and technology products and expand the platform to achieve a global reach, Mi added.