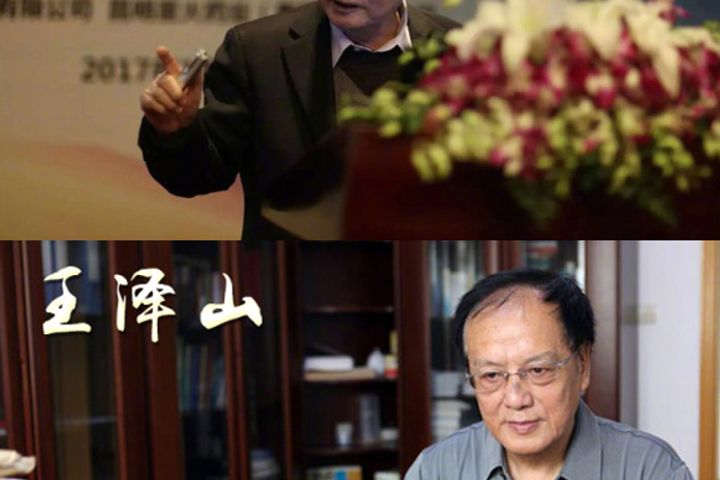 (Yicai Global) Jan. 8 -- Two Chinese scientists collected the country's top award at the 2017 Conference for National Science and Technology, which was held at the Great Hall of the People in Beijing today.

Wang Zeshan, a gunpowder expert, professor at Nanjing University of Science and Technology and academician for the Chinese Academy of Engineering, was one of the winners, state-backed People's Daily reported. Born in 1935, he has specialized in gunpowder throughout his life and made several major technological breakthroughs.

Hou Yunde, a researcher at the National Institute for Viral Disease Control and Prevention and the Chinese Center for Disease Control and Prevention, and an academician at the Chinese Academy of Engineering, was the second recipient of the prestigious award. Born in 1929, Hou is a pioneer of molecular virology and genetically engineered drugs in China. He led the establishment of national infectious disease prevention and control systems and successfully addressed multiple epidemics at home and abroad over the past decade.

The National Science and Technology Award marks the top honor in China's science and technology circle. The award is granted to outstanding scientists that have made significant breakthroughs in their field or have created huge economic or social benefits through innovation. Since its inception in 2000, 29 scientists have obtained the accolade, at an average age of over 80. Recipients each collect CNY5 million (USD769,900) in prize money.