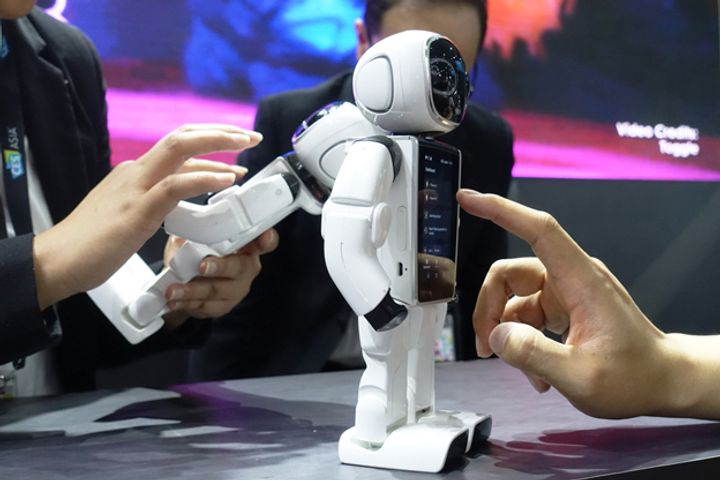 (Yicai Global) June 15 -- Virtual and augmented reality were the stars of the show at CES Asia this year, with hordes of visitors trying out the simulation technology as more than 500 exhibitors vied for attention during the three-day event.

VR helmets were a big hit, thanks in part due to attendees no longer needing special assistance from staff to try them out, and also due to their improved quality over previous years. By increasing the screen's refresh rate, creators have reduced the intensity of vertigo experienced by testers.

In AR, Shanghai-based startup Xvisio Technology demonstrated its six degrees of freedom position tracking, which is accurate to the millimeter level and expects to begin mass production this year. The firm is aiming to make the tech as cost-effective as possible, Chief Executive John Lin told Yicai Global.

Drones were another crowd pleaser, though this year it was remotely operated underwater vehicles that garnered the most attention, rather than their aerial counterparts. One of the fan favorites was Power Dolphin, a consumer robot created by Shenzhen-based PowerVision and the winner of the CES Asia 2018 Innovation Award.

Other firms got a little more creative with their marketing. Shanghai OnStar Telematics, a unit founded by General Motors, SAIC and SAIC-GM, built a 10-meter high slide for attendees to ride. Visitors were lining up for the experience, which also generated extra attention for SuperStar, a smart driving system developed by OnStar and Cadillac.

Automotive solutions providers also partook in the exhibition, despite limitations in how they can present their products. "There are many professionals here, and smart transport is on the rise," Chen Qi, general manager at Dutch software maker Irdeto, told Yicai Global, adding that both new and traditional carmakers need to focus on safety.