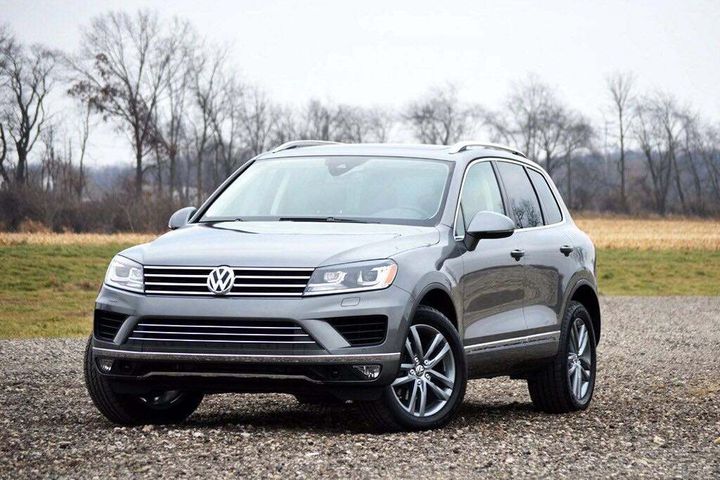 (Yicai Global) March 16 -- Volkswagen AG's China unit has apologized to Touareg owners after state-owned broadcaster CCTV exposed its failure to resolve complaints that rainwater doesn't drain from the car's engine block.
Volkswagen Group Import China Co. will recall the defective models from April 30, it reiterated in a statement last night after announcing the callback on March 7. It will also open up a special one-to-one hotline for car owners to speak with professional after-sales service staff.

The company recalled 33,000 Touareg sports-utility vehicles made in China between December 2014 and November 2017 as they have faulty drain valves, the General Administration of Quality Supervision, Inspection and Quarantine said. It plans to replace the components so water can properly drain from the engine.
March 15 is World Consumer Rights Day, and each year CCTV runs a special television show, the '315 Gala,' to expose companies that aren't doing their fair share for buyers. This year, it zoomed in on the carmaker behind Audi, Lamborghini and other top automotive marques. It also took aim at bike-sharing startups and toothbrush makers.
Yesterday evening was not the first time that the two-hour long program has scolded Volkswagen. The world's biggest carmaker was upbraided for other issues in 2015 and 2013.
Volkswagen enjoyed strong sales in China, the world's biggest car market, last year. Shipments for its local unit and joint ventures with SAIC Motor Corp. and FAW Group jumped 5.9 percent to almost 3.18 million in the mainland and Hong Kong, the company said in January. Its sales of SUVs exceeded 400,000.