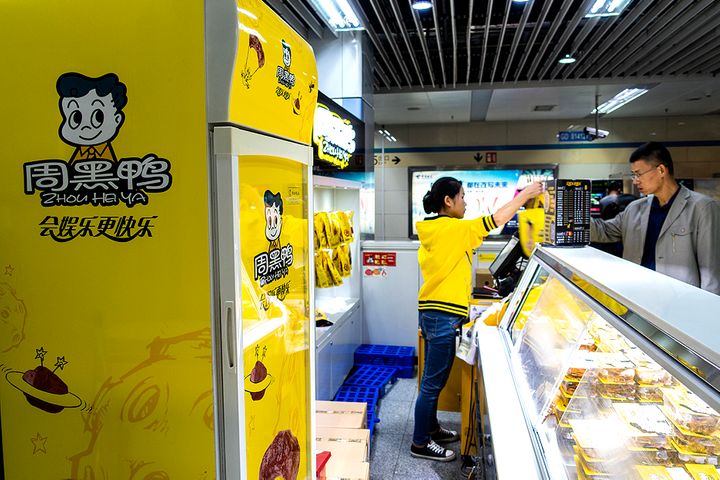 Zhou Hei Ya inked contracts with the first batch of franchisees yesterday at a signing ceremony at its Wuhan headquarters in China's central Hubei province.

The new strategy was announced in late August when Zhou Hei Ya reported its first-half earnings results, the most dismal for the past five years. Net profit fell about a third to CNY224 million (USD32 million) from a year earlier. Its store count also fell for the first time, after the firm opened 84 outlets, but closed 117.

The two outlet types will gradually reach a balance in their shares of operating revenue, Zhang added, of which the firm reported CNY1.6 billion (USD227.7 million) from its 1,255 hole-in-the-wall sidewalk stores in the first half.

Zhou Hei Ya sells its red-cooked duck meat -- slow braised in soy sauce to produce a reddish hue -- and such duck by-products as necks and feet in its Main Street stores, through online channels, via distributors and other means. It has stores in 96 cities in 17 provinces and big cities nationwide.

The company is checking and evaluating markets and will select franchise partners in North and South China next year.