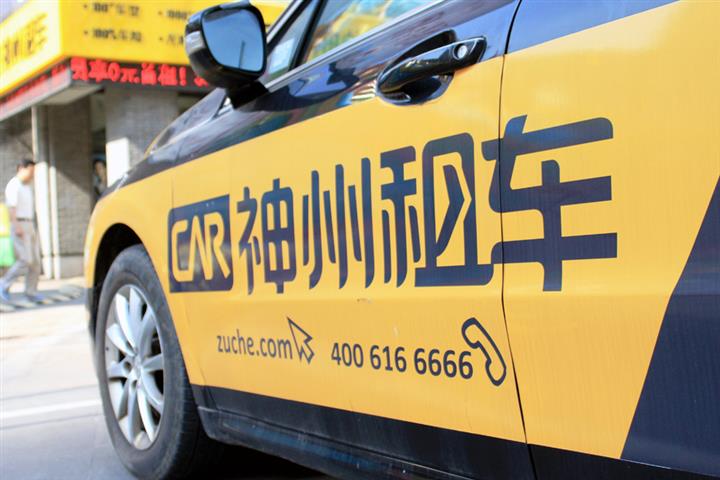 (Yicai Global) April 17 -- Shares of Chinese auto rental firm Car, which had been seeking new investors to replace Ucar, its currently largest shareholder hit by Luckin Coffee's accounting fraud earlier this month, jumped more than 20 percent today on US private equity investor Warburg Pincus' plan to buy up to USD145 million in shares from Ucar to overtake it as largest shareholder.

Warburg Pincus' Amber Gem Holdings unit will buy as much as some 17 percent of shares in the company from Ucar in two tranches, per a statement Car issued yesterday. The unit had bought 98.6 million shares, or 4.65 percent of its total issued share capital as of that day at HKD2.30 (3 USD cents) each in the first tranche, per the statement. The first tranche acquisition concluded yesterday, while the second will absorb as much as 12.46 percent of the company's total issued share capital for up to USD116 million.

Ucar and Amber Gem held 25.92 percent and 10.11 percent of Car's share capital, respectively, before the acquisition. Charles Lu, chairman and controlling shareholder of Luckin Coffee, held about 40 percent as its actual controller.

Car’s stock [HKG:0699], which tumbled over 50 percent after Luckin confessed its chief operating officer had tacked CNY2.2 billion (USD310 million) onto its 2019 sales figure, rose by 20.69 percent to HKD2.45 as of the close of morning trading, giving it a market cap of around HKD5.2 billion (USD671 million).

Luckin, China's Starbucks wannabe, filed a report with the US Securities and Exchange Commission on April 2, confessing it had falsified as much as USD310 million in transactions between the second to fourth quarter. Its shares [NASDAQ:LK] have fallen by over 80 percent since then and suspended trading from April 7. Car has been trying to distance itself from Luckin since the scandal broke. Its largest shareholder Ucar jettisoned about 45 million shares on April 3 and said it was discussing the disposal of the remainder with potential investors, Chinese tech website 36Kr reported. Lu was even weighing resigning as chairman, the UK’s Financial Times reported, though this was not confirmed.