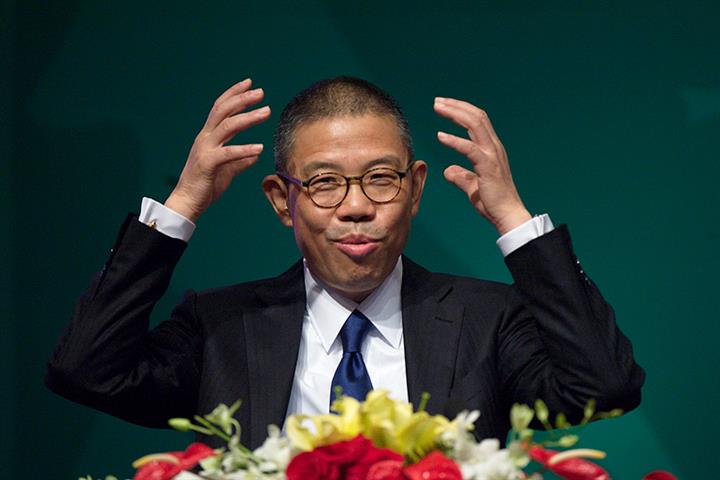 (Yicai Global) March 3 -- Zhong Shanshan, founder of Chinese bottled water brand Nongfu Spring, has become the first Chinese person ever to enter the list of the world's top 10 richest people while the global number of billionaires has never been this high.

The chairman, who came in as No. 7 with his net worth of CNY550 billion (USD85.1 billion), also surpassed India’s Mukesh Ambani to rank as Asia's richest man, according to the Hurun Global Rich List 2021 released yesterday. Zhong has benefited from Nongfu Spring's initial public offering in September 2020.

The Covid-19 pandemic has widened the income gap. The list that includes all the world's billionaires has 3,228 persons, a higher number than ever, from 68 countries. The group features almost 1,100 Chinese people and nearly 700 Americans. Emerging industries, such as advanced manufacturing, healthcare, as well as media and entertainment, contribute with the biggest number of entrants.

This year, new energy vehicles beat e-commerce. Elon Musk, with a net worth of CNY1.28 trillion (USD197.8 billion), surpassed Amazon founder Jeff Bezos and became the world's wealthiest man for the first time. Musk has been getting richer amid the wild Tesla stock rally.

New innovations are starting to yield fortunes. "We are at the center of a new industrial revolution," wrote the Hurun Research Institute. Artificial intelligence, blockchain, cloud computing, data, and e-commerce have created new opportunities while leading to an unparalleled concentration of wealth, it added.

In China, the most affluent people, after Zhong, were in technology. Tencent Holdings founder Ma Huateng ranked second in the country with a net worth of CNY480 billion. He was followed by Pinduoduo founder Huang Zheng with CNY450 billion, up by three times.

Jack Ma came in fourth on the Chinese list with his CNY360 billion while the Alibaba Group Holding founder fell from the top three for the first time. ByteDance founder Zhang Yiming was No. 5 with CNY350 billion, rising threefold. Pinduoduo's Huang and the TikTok owner's Zhang are considered to be the most likely candidates to vie for the title of China's richest man in the future.

Interestingly, real estate doesn't show up high on the list in China. Property magnate Li Ka-shing came in as No. 11 while no one in the field has ever made it to the top 10.