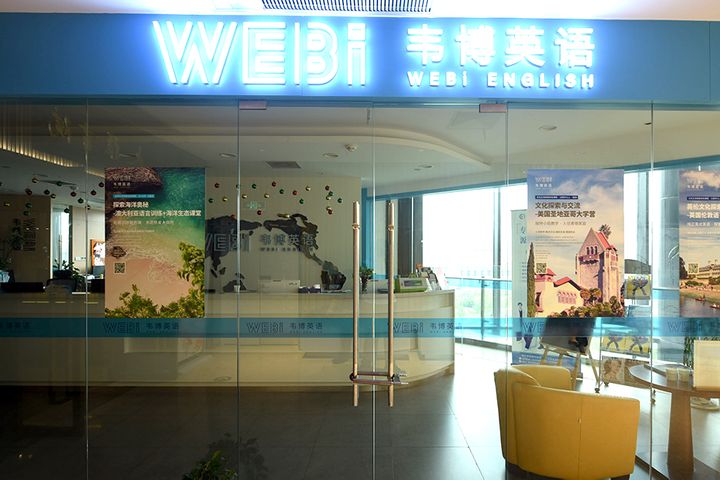 The Shanghai-based firm has teamed up with Education First, which is willing to take on young and adult learners signed on at Web, Gao said in the letter published on WeChat yesterday. It is also in talks with Onlychild, Longre Education Group, and EIC Education to make further arrangements for some teen students and those looking to travel abroad.

A continued decline in performance and increased costs has ultimately led to operating difficulties, added Gao, who is known in Chinese as Gao Weiyu.

Several of Web's more than 100 China training centers have closed recently, leaving students who had pre-paid for classes stranded with nowhere to learn as rumors that Web will have to file for bankruptcy begin to surface.

Employees have received certificates of entitlement to back pay and Web will fulfill these obligations when it can, Gao said. He did not mention anything regarding customer refunds.

Web relies heavily on education loans to operate, according to AI Finance & Economics. Up to 80 percent of its students fund their courses with money from traditional banks and online lenders, including JD.Com and Baidu. They will need to keep paying their installments even if Web closes.