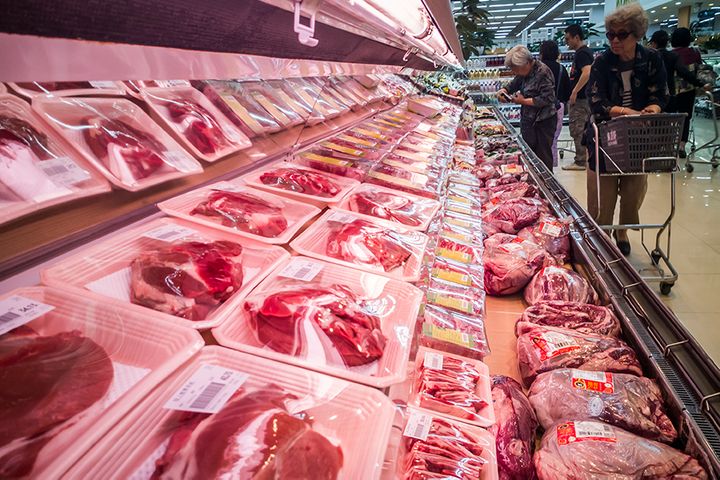 (Yicai Global) Oct. 23 -- Profit at Chinese livestock and poultry breeder Wens Foodstuff Group more than doubled in the third quarter from a year earlier as African swine fever continued to push up the price of pork.

The profit surge was largely a result of higher pork prices, Wens said. African swine fever broke out in China in August 2018 and has been weighing on domestic hog supplies ever since. The disease began affecting prices in a big way in May this year, making the nation's favorite meat increasingly more expensive.

Wens Foodstuff sold 888,000 pigs last month at an average price of CNY28.73 a kilogram, earning CNY2.8 billion, according to figures it published on Oct. 9. Sales volume fell 22 percent from August and 59 percent from a year earlier, but income per kilo jumped 26 percent on the month and more than doubled on the year.

The number of pigs sold has fallen since August largely because the company has been breeding more sows and trying to rear bigger hogs, the latest statement added.

Wens also announced yesterday that it plans to buy an 80 percent stake in Jiangsu Jinghai Poultry Industry Group for CNY640 million (USD90.4 million) in cash as it looks to optimize operations in its poultry supply chain.

The target increased its net profit almost 50 percent to CNY223 million last year, on revenue of CNY451 million, according to its own audited financial data.