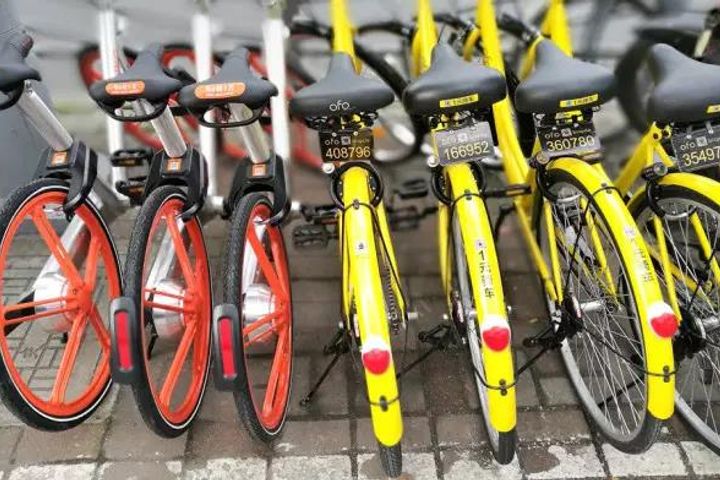 What Can US Cities Learn About Bike-Sharing From China?

(Yicai Global) July 28 -- US cities are no strangers to bike-sharing. Parked in gleaming rows on specially-designed docks, bikes from Citibike in New York, Divvy in Chicago, and Bay Area Bike Share in San Francisco—to name just three of the over 100 American cities hosting such programs—are available to residents and visitors alike.

But until quite recently, most of the systems have been limited by the fact that the bikes must be rented from, and returned to, a docking station. That means sharing works well in dense urban areas with lots of short trips, but less well in residential and suburban areas. Moreover, each of these cities has its own bike-sharing model, and many require a credit card or local transit card to unlock, creating barriers for the casual or out-of-town user.

Enter a Chinese innovation: dockless bike-sharing. In the past nine months, dockless bike-sharing has become a transportation craze, led by Chinese venture capital darlings Mobike and Ofo. These companies have flooded the streets of major Chinese cities with literally millions of bikes, and both companies are now eyeing larger global markets. Mobike has recently rolled out service in Manchester in the U.K., and both Mobike and Ofo are available in Singapore.

In the past few months, US companies have also started getting into the dockless bike-sharing act. Silicon Valley-based Spin and Limebike are both rolling out service this summer in Seattle. Meanwhile, Koloni Share, a bike-sharing company operating in two small towns in northern Iowa, has pioneered "geofencing" technology to ensure that its dockless bikes are only parked in approved areas of the city—something Mobike and Ofo are working on as well.

Mobike was introduced in Shanghai in April 2016 and in Beijing in September 2016. It is now in dozens of Chinese cities, with a goal of hitting 100 cities this year. Ofo, its nearest competitor, launched in October 2016. These services feature bikes with low-energy GPS tracking, and QR-code locks that can be activated by any smart phone. They are not tied to a station and can be parked anywhere, anytime in participating cities.

A recent report from the Chinese government and Ofo shows that in the first quarter of 2017 alone, these shared bikes have changed the way people commute. In particular, bike-sharing has helped solve what's called the "first mile/last mile" challenge of public transit: that is, how to cover that mile between home and the transit stop, and/or that mile between the transit stop and your ultimate destination. They have also reduced traffic congestion in dense city centers. In Beijing and Shanghai, millions of shared bike trips have improved the ease of access to highly congested urban districts, while at the same time eliminating taxi and car trips for a significant number of commuters. At the same time, these services are reducing air pollution, cutting greenhouse gas emissions, and increasing daily exercise.

While the bikes are hugely popular, their overnight rise has contributed to new urban ills. Piles of unneeded or discarded shared bikes accumulate on city outskirts. Residents are increasingly fed up with a sudden influx of bikes that choke sidewalks and entryways. Businesses, neighborhoods, police, and city governments have been forced to adapt quickly—as have the bike-sharing companies themselves.

Undaunted, China has already attempted to launch similar services in the US, especially in early-adopting tech enclaves. These experiments have not been particularly successful. Chinese company Bluegogo withdrew a limited pilot in the San Francisco Bay Area after users left bikes haphazardly on street corners, even after Bluegogo rented bike parking spots from local businesses. Ofo recently withdrew from a small pilot at the University of California San Diego after bikes were left blocking wheelchair access ramps and sidewalks across campus.

These growing pains are to be expected as the sharing economy takes over transportation. After all, we've seen similar hiccups with the introduction of car sharing services like Uber and Lyft, simultaneously cheered for reducing car ownership and greenhouse gas emissions and excoriated for contributing to traffic congestion as the cars circle downtown commercial districts.More similar to dockless bikes is new AAA entrant Gig Car Share, which allows Berkeley and Oakland residents to pick up cars in hundreds of locations within their "home district" and return them to any parking space in the district. The cars come with free parking permits for every area of these cities, and some residents are already muttering about the loss of those spaces for privately owned vehicles.

What lessons can be learned from China's bike experience, and the broader car-sharing examples from around the US, as more cities work to make bikes a true 21st century transportation option?

Bike-sharing companies can certainly make adjustments to address parking woes. The sharing apps can be programmed to prevent or punish incorrect parking by users, for example, or to reward users for reporting vandalized bikes. But cities ultimately bear the larger responsibility to adapt and change to new transportation choices. For example, many cities have already adopted incentives to promote transit-oriented development (TOD), coordinating residential development with public transit options. As dockless bike-sharing ramps up, so should public transit ridership, which could in turn widen the circles of transit-friendly development out a mile or more around subway or light rail stations.

Cities will also need to invest more in bike lanes, bike parking, and other bike-friendly infrastructure. US cities have already discovered that spending relatively modest sums on these systems can boost land values, livability, and better health. Dockless bike-sharing can bring these benefits to the US suburbs, most of which were designed around the private automobile, but which could be re-imagined around bikes, transit hubs, and pools of shared vehicles available for longer commutes or road trips.

Shared bikes are part of a much larger sea change in transportation. Across the globe, governments are taking seriously the need to find new options for moving people from place to place—options that do not depend so heavily on fossil fuels and their attendant carbon emissions and pollution impacts.  The private sector is responding through massive transportation innovation in car sharing, autonomous vehicles, electric vehicles, and shared scooters and bicycles. Adjusting to this reality will mean changing the structure and functional layout of cities, just as it did during the shift from horse-drawn carriages to cars a century ago. It's one case where China, so often thought of as following the US example on innovation and urbanization, may actually lead the way.

Kate Gordon is Special Advisor to the Henry M. Paulson Institute and a nonresident Fellow at the Center on Global Energy Policy at Columbia University. Anders Hove is a Consultant at the Paulson Institute.