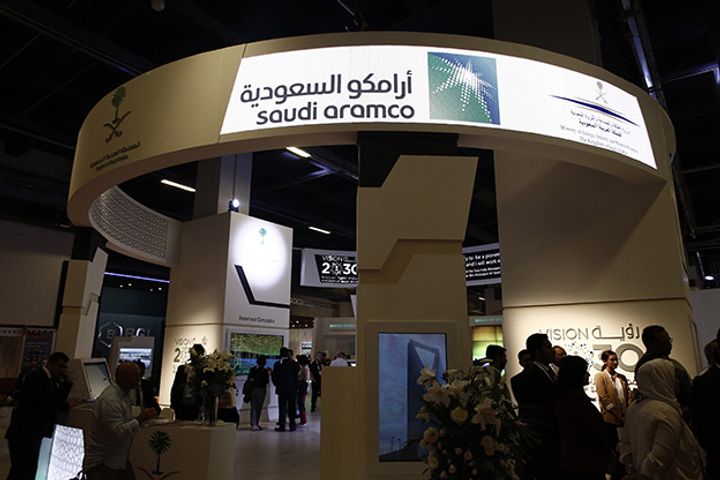 Why Aramco's IPO Is Such a Big Deal

Disclaimer: Yicai Global is committed to providing an open forum to air a diverse range of views. The opinions expressed herein are the author's alone. Yicai Global has redacted this article to conform to our style and usage guidelines, but neither validates its factual nor endorses its editorial content.

The Saudi government announced on Jan. 5 that as of Jan. 1, Aramco was a joint-stock company and no longer a state-owned enterprise. Reuters reported on Jan. 11 that the firm was looking to raise billions of dollars in cheap bank loans before listing, which adds credibility to Nasser's latest remarks.

Aramco's flotation would be a highlight for international capital markets and is likely to set a new record for funds raised in an IPO. The oil giant produces more than 10 million barrels a day and claims to have another 260 billion in reserves, that's about 10 times the size of ExxonMobil Corp., the world's largest listed oil firm.

The IPO is one of the key projects under Saudi Arabia's Vision 2030, a comprehensive government reform issued in April 2016 as a result of the oil price slump that started in the second half of 2014 and a sharp drop of oil revenues in Gulf countries. The days of high oil prices are no more, so Saudi needs to find a way out. However, it aims for more than just extricating itself from economic and financial difficulties. It wants to use this as a turning point to break the oil crisis and diversify its diplomatic strategies to lay foundations for the new-generation leaders now in control of Saudi.

Raising a large amount of cash through the IPO will increase the Saudi government's fiscal reserves, eliminate the possibility of a liquidity crisis and strengthen confidence in the country's finances. The Vision 2030 plan does not mention this explicitly, but it is the most urgent reason behind the plan.

The International Monetary Fund estimated in April that Saudi's fiscal balance will remain in deficit from 2017 to 2021. The country's oil revenues averaged almost SAR245 billion from 2011 through 215. Despite a sharp reduction in recent years, the nation's gross domestic product continued to increase because the nation spent fiscal and foreign exchange reserves to support household consumption and extravagant investment. Government spending is likely to remain high while its assets will shrink dramatically.

Another reason is to make the Saudi economy more diverse and enhance national financial stability. This is a purpose that Vision 2030 has clearly set out. The plan by nature is an economic diversification project aimed at creating a modern economy, which will substantially reduce or even break away from dependence on oil. It clearly states that funds from Aramco's IPO and the sale of other assets (to raise a planned total of USD2 trillion) will create a new giant sovereign wealth fund that enables the country to invest in non-oil assets to obtain a fixed income, similar to other oil exporters, like Norway. On the day that Vision 2030 was unveiled, Saudi's King Salman announced that by the end of the scheme, the country will no longer rely on oil.

The Aramco listing will also enhance ties with major world powers to enhance Saudi's own economic and political security, which is the main reason behind the move. China is undoubtedly the prime target nation.

Given Saudi Arabia's success when developing ties with other countries in the past, how will it link up with more powerful nations through Aramco? The company is co-owned and co-controlled by the US and Saudi. As America switches from being a net importer of oil and gas to a net exporter, there are fewer common interests between the company and the world's largest economy.

The Aramco IPO will attract large oil and natural gas importers, like China, which will help increase the company's market share in these nations. After all, China's crude oil import volume has risen continuously since 2002, and it's now the world's largest crude importer. Russia passed Saudi as the largest source of China's oil imports in 2016, which was alarming for the Arabic country.

As the world's largest oil exporter and a market influencer, Saudi hopes to continue to make use of the oil and gas sectors to generate revenue. The country has as a different approach to Venezuela, which hopes for a surge in prices, as it wants oil to stabilize at a moderate price. This will allow it to maintain high income, but not force oil importers to make large investments in the development of alternative energy and reduce the need for oil.

The Saudi government was aware of the problems of excessive high prices as far back as the 1980s. Speaking at the King Fahd University of Petroleum and Minerals in 1981, Sheikh Zaki Armani, then Saudi oil minister, warned students that inflated oil prices would undermine the demand from nations under the Organization of the Petroleum Exporting Countries.

If Saudi forces the West to spend large sums of money on developing alternative sources of energy, they will do it, The Wall Street Journal cited Fahd as saying in a 1981 report. It would take less than seven years to see that happen, and it would lead to a reduction in Western reliance on oil as an energy source.

If oil and gas importers are Aramco shareholders, they will take a cut of revenues and will not feel as great a need to develop alternative energies.

Saudi can also tie itself up with economic powerhouses by listing Aramco on stock exchanges in New York, Hong Kong and London. These three exchanges and major institutional investors are competing aggressively to win a place in Aramco's IPO. Media reports suggest Chinese consortiums China National Petroleum Corp. and China Petroleum and Chemical Corp. (Sinopec), and Russian pension funds, are keen to be cornerstone investors in the Suadi oil titan.

The UK Export Finance Authority loaned Aramco USD2 billion in November in hope the firm would choose to list in London, while Hong Kong Stock Exchange's CEO Li Xiaojia said on Jan. 24 that his bourse would be the "perfect fit" for Aramco.