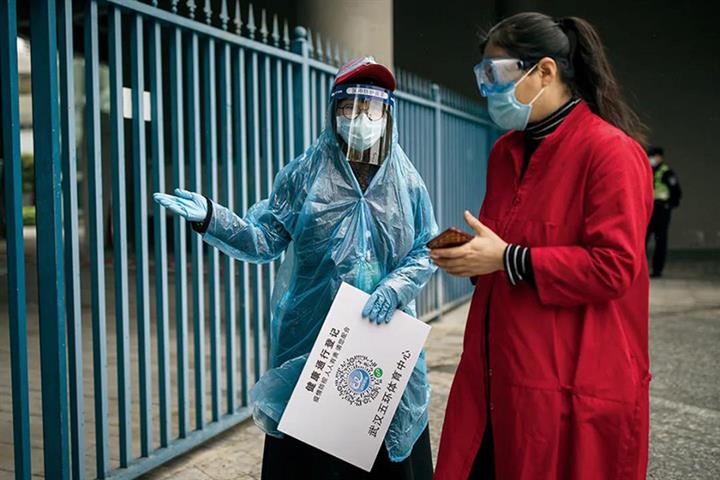 (Yicai Global) June 3 -- While business in central China's hardest-hit city by the new coronavirus is returning to normal, people find the contours of their lives changed in big and small ways.

YiMagazine has interviewed Wuhan residents in an attempt to get a grip on how they move on with their lives after the city's lockdown. This is the second article in the series.

Zhang Tao, who runs a barbershop in Wuhan, visited Shanghai in mid-April. Upon arrival, he was surprised to notice that some people were not wearing face coverings. "Not wearing a mask in Wuhan is equivalent to being naked," he said.

Feng Jie, who works at mobile ticketing startup I-xiaoma in Wuhan, has gotten used to flashing doormen his health code mini-app to show that he's not breaking a quarantine when being out and about in the city. Now, it has become like a reflex to open the app before reaching any entrance.

Already in early February, Wuhan started preparing to re-emerge from a lockdown. Mobile apps to track down people and their health status were central in the approach. Everyone who uses public transportation, or wishes to enter office buildings and shopping malls, needs to be able to prove their health status.

Feng, who works for a company that creates QR codes for public transportation, has been outside of his house frequently since the beginning of February, some of the most alarming early weeks of the epidemic.

These QR codes enable the local public transport and Big Data departments to trace people who have been close to an infected person after discovering a new case.

After Wuhan's lockdown ended on April 8, roads got full of passenger vehicles as people tried to avoid public transport. As of May 15, the city's bus ridership has returned to one-third of the normal levels, said Feng.

This article was originally published on YiMagazine.