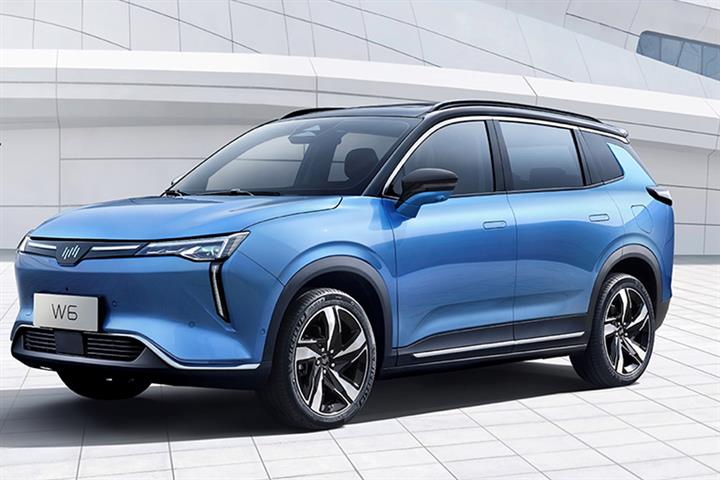 (Yicai Global) April 21 -- WM Motor's third model and its first level-four self-driving car, the W6, has received 6,000 orders within three days on the sidelines of a major automotive expo in Shanghai, according to the founder.

The sport utility vehicle has been attracting many orders after presales started on April 16, Chairman Shen Hui said at a press conference held during the 19th Shanghai International Automobile Industry Exhibition.

The new energy vehicle maker was displaying its third model after the EX5 and EX6 at the expo, both at its own booth and that of its partner Baidu.

The W6 represents a new stage for the carmaker in terms of smart cockpits and autonomous driving, said Shen. WM Motor will continue developing intelligent cars that are affordable for new Chinese families to provide them with excellent driving experiences, he added.

The latest model is equipped with the Baidu Apollo autopilot platform and has a special feature that helps drivers find parking lots and automatically park their cars. The model is priced between CNY169,800 and CNY259,800 (up to USD39,960), slightly less than Tesla's Model 3 and Nio vehicles in China.

Founded in 2015, Shanghai-based WM Motor has gained investment from seven local governments, including those of Shanghai, Hefei, Guangzhou, and Anhui province. It also counts Tencent Holdings and Sequoia Capital China as some of its investors.