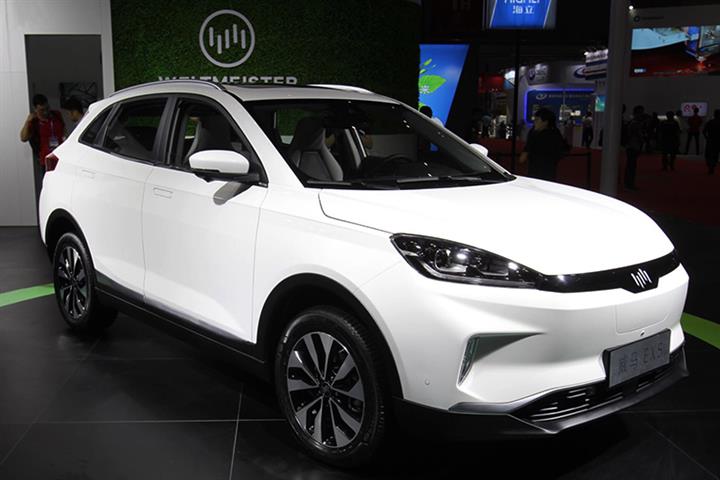 (Yicai Global) Oct. 28 -- WM Motor Technology, a Chinese new energy vehicle startup that plans to go public next year, is recalling 1,282 of its cars over concerns that impurities in the electric core could cause fires after four such mishaps this month.

The core could short-circuit, causing the power battery’s thermal heat to spiral out of control in extreme cases, because the battery supplier mixed impurities during the production process, the State Administration of Market Regulation said in a statement on its website today.

The recall affects vehicles produced between June 8 and Sept. 23 this year that are equipped with ZNP3914895A-75A model power batteries. The Shanghai-based automaker will replace them with products from other suppliers free of charge.

There have been four fires this month related to WM Motor’s EX5, its first sport-utility model. Two EX5 taxis spontaneously caught fire on Oct. 5 and 13 in Shaowu city, Fujian province. Then on Oct. 19, another EX5 ignited in Taizhou, Jiangsu province, while one more burst into flames in Beijing yesterday.

Thermal heat caused by impurities mixed in the batteries led to the first three incidents, a WM Motor insider told Yicai Global today, adding that the fourth is still under investigation.