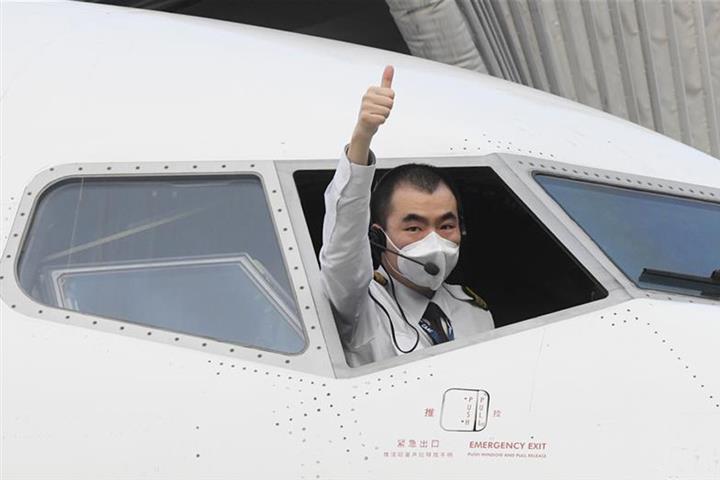 The airport will send out 111 planes and receive 122, according to figures from aviation data platform VariFlight. Chengdu will welcome 10 of the outbound flights, more than any other city, while 13 will fly into Guangdong province and 10 to the island province of Hainan province.

Wuhan, the original epicenter of the novel coronavirus pandemic, suspended commercial passenger flights over two months ago to prevent infected residents from leaving the city. Outbound passengers will still need to show a QR code that implies they are at low risk of carrying the virus and undergo a temperature check, while those entering Wuhan must show the same QR code and declare to staff if they have traveled abroad within the previous 14 days.

China Southern has resumed more of its routes than any other airline at 30, with Xiamen Airlines re-opening 15 -- combined the routes make up 40 percent of all the flights currently operating. China Eastern, which plans to resume 286 flights a week to and from 17 cities between April 8 and May 2, has got 15 routes back open and Air China has resumed 12.