WuXi AppTec Beats Its Own Record as Most Profitable New Stock for the Year
Xu Wei
DATE:  May 29 2018
/ SOURCE:  Yicai 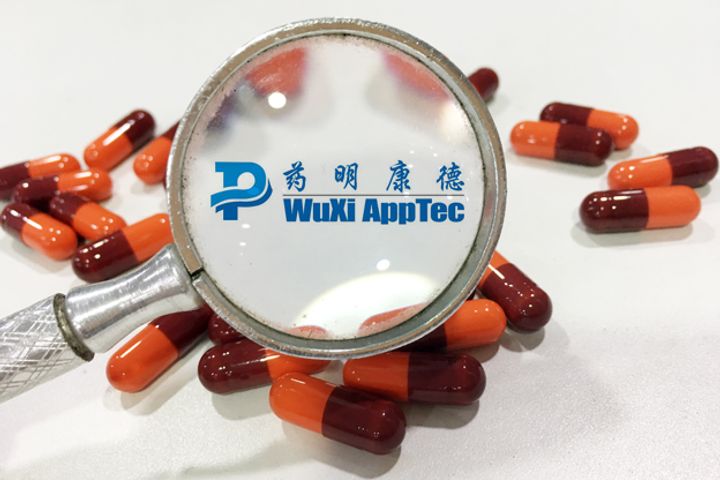 (Yicai Global) May 29 – Chinese unicorn WuXi AppTec Group continues to break its own record as the most profitable new stock for the year. The company's share price hit its 16th daily upper limit today since its listing earlier this month, reaching CNY129.91 (USD20) per share, drastically higher than its issue price of CNY21.6 per share.

WuXi AppTec said in a statement last night that since the company was listed on May 8, its share [SHA: 603259] price hit the daily upper limit for 15 consecutive trading days. The company's price-earnings ratio, or P/E ratio, now is higher than the similarly listed peer companies. The firm's current production and business activities are normal and there is no material information that needs to be disclosed, it said.

Investors can purchase stocks issued by Chinese firms in an IPO through online and offline modes. The online purchase is suitable for small and medium investors. Due to the excessive number of applications, investors usually purchase stocks by drawing lots. Small and medium investors can win only one lot generally. Each lot at the Shanghai Stock Exchange contains 1,000 shares, and the Shenzhen Stock Exchange 500 shares.

WuXi Apptec went private in a USD3.3 billion deal in December 2015 after floating in New York in 2007. The company had initially planned to relist in Hong Kong. It had earnings of CNY4.9 billion, CNY6 billion and CNY7.7 billion in 2015, 2016 and 2017, respectively, with compound annual growth of 26 percent.

A wave of Chinese companies repatriated to homeland stock markets before WuXi AppTec after US investors cold-shouldered them in favor of China's flashier internet heavyweights. But unlike WuXi AppTec, the returnees -- such as 360 Security Technology Inc. and Focus Media Information Technology Co. -- opted for back-door listings, or reverse mergers, rather than taking the usually longer IPO road.