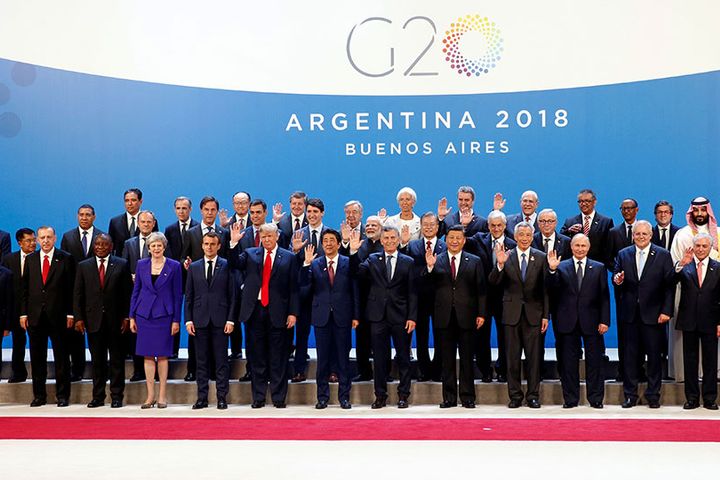 He also urged G20 to inject political impetus into international cooperation on jointly tackling climate change, during discussions at the 13th G20 summit held in the Argentine capital, Buenos Aires.

On trade issue, the Chinese president said that G20 should firstly stick to openness and free trade, maintain and further expand an open market, and realize win-win cooperation through mutual exchanges and complementarity.

Secondly, G20 should stick to inclusiveness, and bring the benefits of international trade and economic globalization to people of all countries and all classes, Xi said.

Thirdly, G20 should uphold rules-oriented spirit and nurture a stable and expectable institutional environment for the healthy development of international trade, he said.

The Chinese president arrived in Buenos Aires on Thursday night to attend the G20 summit held on Friday and Saturday, and pay a state visit to Argentina.