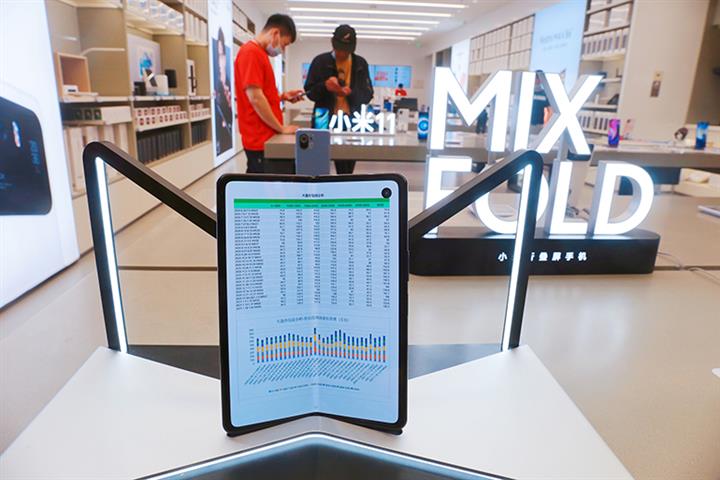 Xiaomi to Double R&D Spending Plans to USD15.7 Billion Over Next Five Years

(Yicai Global) Dec. 29 -- Xiaomi intends to double spending on research and development over the coming five years, compared with a plan China’s biggest handset maker set out almost two years ago, with the aim of becoming the world’s No. 1 smartphone seller.

In April last year, the Beijing-based tech giant had released a five-year plan to spend CNY50 billion on R&D.

Xiaomi had a 13.5 percent share of the global smartphone market in the third quarter, down from 16.7 percent in the previous three months, as Apple retook the No. 2 slot thanks to the launch of the iPhone 13, according to market analyst firm Canalys. South Korea’s Samsung retained the top slot, with 21 percent.

“We decided to take a clear stand to compete with Apple in terms of products and user experience,” Lei said via Weibo on Dec. 21. “We’ll learn from Apple and surpass it step by step.”

Its screen is 8 percent larger than that of the iPhone 13 despite being 1.6 millimeters narrower, and has a refresh rate of 12 hertz, Lei said, adding that the Mi 12 has broken the iPhone 13’s monopoly in the small-size, high-end flagship phone market.

“This year may have been the year that I received the most criticism from users,” Lei said with regard to the issues related to the quality of last year’s Mi 11 and Mi 11 Ultra, which was questioned by netizens, putting the company under much pressure.

“But now more than ever, I believe in Xiaomi’s principle that technology is the base,” he said.