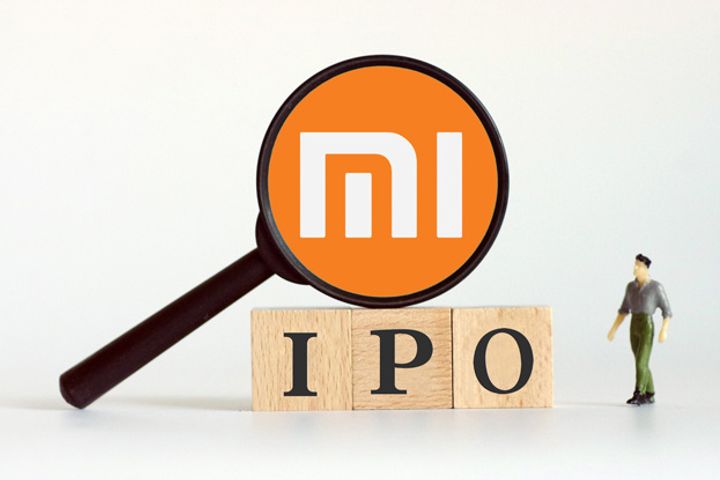 Xiaomi to Launch World's Biggest IPO Since Alibaba in July

(Yicai Global) May 28 -- The world's fourth biggest global smartphone maker Xiaomi has finalized its plan to go public in the first half of July to raise USD10 billion in what is billed as the world's largest initial public offering, IPO, since Alibaba Group Holding floated for USD25 billion in 2014, Hong Kong Economic Journal reported.

Xiaomi is planning a road show in late June where the company will pitch to institutional investors in the US and Europe in an effort to keep its business valuation no lower than USD70 billion, revealed a source familiar with the listing plan of Xiaomi, according to the report.

A 50 percent increase in Xiaomi's annual profits for the next three years is projected as expectations for performance growth underlie its valuation, said the source.

Xiaomi plans to use 30 percent of the IPO proceeds on research and development of core products such as smartphones, television sets and notebooks, as well as artificial intelligence speakers. Another 30 percent will go on investment deals and expanding its consumer product and mobile internet industry chain. A further 30 percent is earmarked for global market expansion. The remainder will help finance routine business operations.

Last year, Xiaomi ranked fourth in terms of global shipments, and served as the largest mobile phone provider in India, the world's second-most populous country. The company posted an annual sales volume of CNY114.6 billion (USD18 billion), with some 70 percent revenue coming from smartphone sales, and 20 percent generated by the hardware ecosystem, including the Mi Band and Mi Air Purifier, the company's other flagship products.

Beijing-based Xiaomi is the first company to take advantage of Hong Kong's new rules allowing the listing of firms with weighted voting rights, bourse operator Hong Kong Exchanges and Clearing said earlier. As many tech companies have dual-class share structures that give weighted voting rights to founders, the ban was a main reason why Alibaba went public in New York.

Holders of Xiaomi's class-A shares will be entitled to 10 votes a share on any proposal deliberated by the board, whereas class-B shareholders will have just one vote per share.

After factoring in employee stock options, founder Lei Jun's stake will dip to 28 percent from 31.41 percent. But the dual-class structure gives him more than half of total voting rights as controlling shareholder. President Lin Bin and Chief Brand Strategy Officer Li Wanqiang have 13.33 percent and 3.24 percent stakes, respectively.