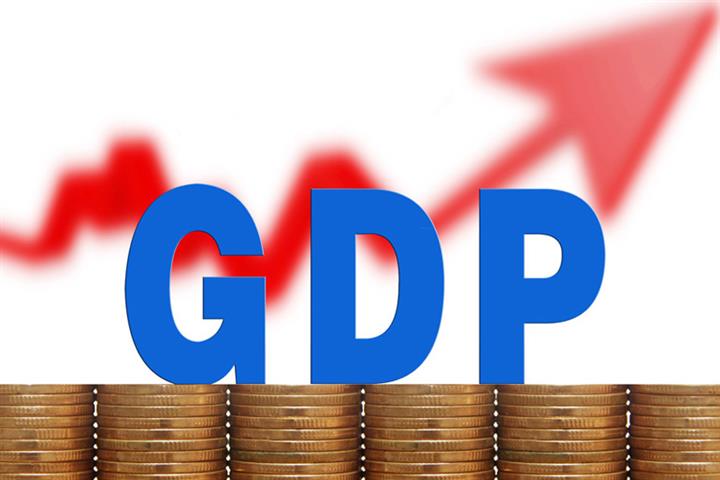 (Yicai Global) Oct. 12 -- The latest Yicai Chief Economist Survey, which canvassed the opinions of 16 top economists, has downgraded China’s gross domestic product growth for this year to 8.15 percent from 8.72 percent at the end of the last quarter as real estate market curbs and the power crunch take their toll.

In addition, some 21 economists are expecting GDP growth of just 5.35 percent in the third quarter, according to the survey. By comparison, China’s economy grew at a 12.7 percent clip in the first six months.

China’s economic growth will slow down in the fourth quarter due to the impact of the Covid-19 pandemic, real estate market curbs, power use limits and last year’s low baseline, said Zhu Baoliang, chief economist at Department of Economic Forecasting of the State Information Center.

The Yicai Chief Economists Confidence Index, a gauge of confidence in the country’s economy, fell for the sixth consecutive month in October to 49.17. This is the first time that it has fallen below the benchmark of 50, indicating contraction, since May last year. China’s economy will be under great pressure in the coming month, they added.

The scattered Covid-19 outbreaks should be under control very soon and economic activities will gradually return to normal, said Guan Qingyou, head of the Reality Institute of Advanced Finance.

The Purchasing Managers’ Index for the service sector is expected to continue to improve this month, especially thanks to the week-long National Day holiday. The PMI for the manufacturing sector, however, will struggle as the shutdowns enforced to conserve power will have a huge impact on production.

Fixed asset investment for September was earmarked at 7.85 percent, lower than the official August data of 8.9 percent. Total retail sales of consumer goods was placed at 3.39 percent, higher than 2.5 percent for August. September’s import and export growth as well as the trade surplus is expected to be lower than in August.