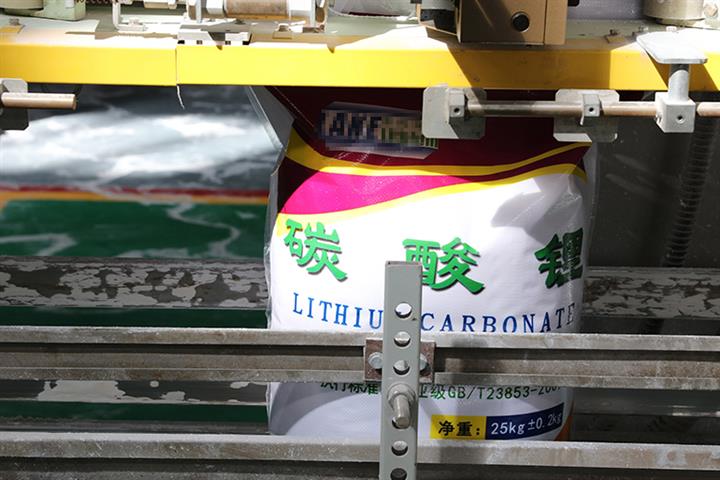 (Yicai Global) June 21 -- Youngy’s shares fell despite the Chinese lithium processor saying a subsidiary had received a lithium carbonate order from electric car and battery giant BYD that is expected to give a major boost to the listed company’s earnings this year.

Chengdu Youngy Lithium Technology will supply BYD with lithium carbonate, one of the major raw materials in lithium batteries, from this month to December, Guangzhou-based Youngy said late yesterday. Quantities and prices will be agreed each month, it added. Youngy owns 40 percent of the unit.

Revenue from the deal is likely to equal more than half of last year’s net profit, according to Youngy. But that should be taken with a grain of salt because its net profit base was low in 2021, Yicai Global noticed.

The firm can make 4,800 tons of lithium carbonate and lithium hydroxide a year, a senior manager told investors last month. Youngy Lithium is building a new plant with annual capacity of 40,000 tons. The project’s first phase, with a 20,000 ton capacity, has started trial production and aims to reach full output by the end of the year.

Youngy is one of the three major developers of the Jiajika lithium mine in the Tibet Plateau, one of the world’s largest by reserves. Extraction costs there are low because of open-pit mining.