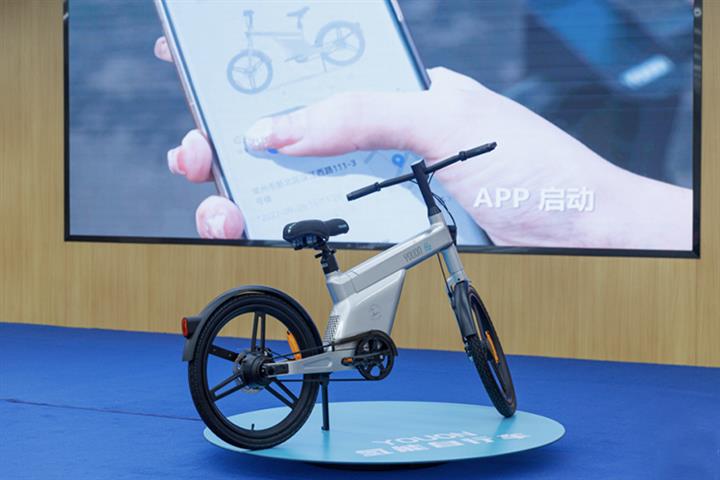 The Alpha series uses low-pressure hydrogen storage and swappable cylinders, the report said. Built with a magnesium-aluminum alloy frame, the bicycle weighs around 27 kilograms and can reach a top speed of 22 kilometers per hour. It will first go on sale in Shanghai and Changzhou, eastern Jiangsu province, where Youon is based.

The Alpha series is a smart bike with features including GPS positioning, Internet of Things communication as well as data collecting and processing, Chairman Sun Jisheng said yesterday.

Available for CNY12,800 (USD1,770), the bikes come with a five-year supply of hydrogen and 26,000 kilometers of free service. A hydrogen operation platform tracks the tank and notifies service centers when the hydrogen is about to run out. It takes 10 seconds to swap a cylinder.

Youon will keep a close eye on costs, Sun said. At present hydrogen fuel cells are more expensive than lithium batteries, which are also used to power electric bikes. But in the next five years, the price should come down as the prices of proton-exchange membranes and catalyst raw materials used to make fuel cells become cheaper.

The price of hydrogen is also falling. “In the next three years, the hydrogen price will be less than CNY3 (USD0.42) per cubic meter, that is, below CNY35 per kilogram,” Sun said.

The bike-sharing company established Youon Shanghai Hydrogen Energy Technology in August to provide refueling and swapping services for users of hydrogen-powered bikes. Youon is also building a network of hydrogen supply chains in cities such as Shanghai, Hangzhou, Nanjing and Suzhou.