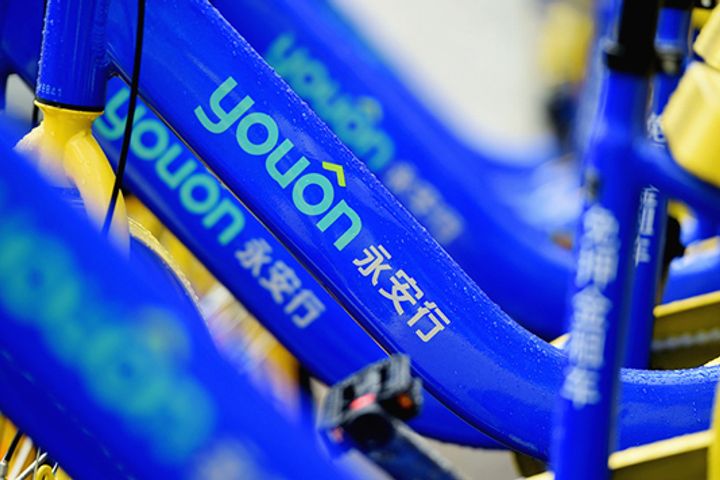 Youon May Roll Out Moped, Car Services Next Year in Its Bid to Build Four-in-One Ridesharing Platform

The company, which Alibaba Group Holding Ltd. [NYSE:BABA] indirectly controls,  said yesterday that Ji'an in Jiangxi province and Yuxi in Yunnan province are trialing its moped sharing project and its car-sharing scheme is in the testing phase.

Many bike-sharing firms are having trouble going up against industry behemoths Beijing Bikelock Technology Co. (Ofo) and Beijing Mobike Technology Co., but Youon has denied recent media reports that it is headed downhill.

"The company's core business is still growing steadily," the group said. While some companies have struggled and risk going bankrupt, Youon has not stopped expanding. It bought Shanghai Jun Zheng Network Technology Co.'s Hellobike, which was confronting operational difficulties in October and raised USD350 million in a D1-round of financing led by Alibaba's Ant Financial this month.

Mopeds are bikes equipped with petrol engines that can be powered by pedaling or by their motors.