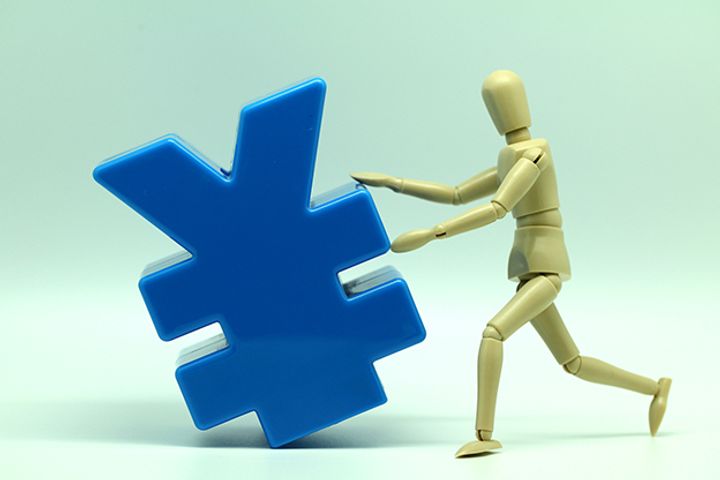 Yuan Rises 5% Against Dollar This Year, Opening of New Round of Capital Inflows Expected

(Yicai Global) Nov. 27 -- The onshore yuan closed at 6.6037 against the US dollar as of 4:30 pm last Friday, again breaking through the 6.6 threshold in intraday trading. The yuan has risen by nearly 5 percent since the beginning of this year, and a new round of capital inflows open with the stable expectations for the Chinese economy and the exchange rate of the yuan among foreign institutions this year, industry insiders said.

One of the main reasons for the recent appreciation of the yuan is the devaluation of the dollar. The dollar index dropped to 92.72 from 94 last week.

This fall is mainly due to the strong economy and an optimistic economic outlook in the Eurozone and complicated tax reform in the US, said Xie Yaxuan, chief macroeconomic analyst at China Merchants Securities.

The dollar index will start strong in 2018 within the range of 90-100 throughout the year, Xie added. Correspondingly, the yuan is likely to fluctuate within the 6.45- 6.95 range against the dollar, with China ushering in a new round of capital inflows. Many institutions also expect the rate of the yuan against the dollar to be around 6.7 this year.

It is notable that foreign-funded institutions have been more cautious in their expectations of the Chinese economy and the yuan exchange rate this year, even in the context of favorable economic fundamentals in the US, the rise of core inflation and the advent of a rate-hike in December.

Most foreign institutions expect the yuan to appreciate this year and have gone back on pessimistic expectations of China's economy. Multiple foreign private equity firms are launching RMB funds of more than CNY100 million in size, and many more foreign investors are engaged in WFOEs (wholly foreign-owned enterprises) in China, which is clear intentions, said Su Yu, a global partner at Jupai Holdings Ltd. during an investment strategy meeting.

The pace of foreign investment in the Chinese market is accelerating this year. Some institutions expected that a new round of capital inflows to be opened in China.

The scale of bonds and equity assets held by overseas funds is growing rapidly. The inflow of equity assets this year reached USD56.3 billion (CNY371.8 billion), increasing from CNY649.1 billion in 2016 to CNY1.02 trillion in September 2017, while new bonds increased CNY251.6 billion in the first nine months of this year, 150 percent higher than that of last year.