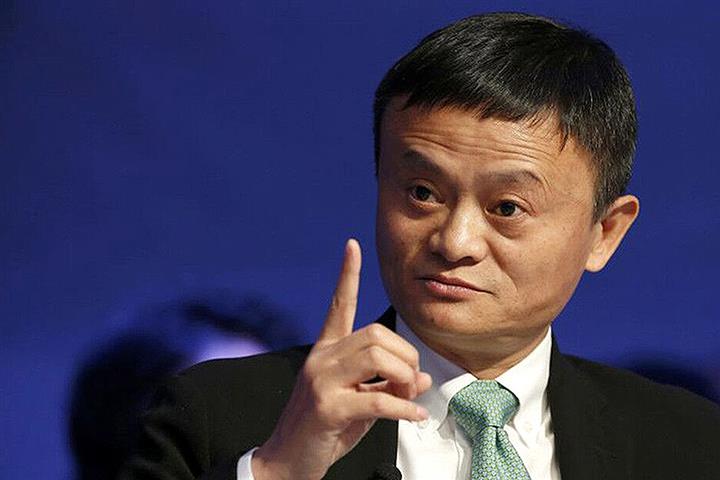 (Yicai Global) Oct. 20 -- Jack Ma, founder of e-commerce and fintech giants Alibaba and Ant, has retained the title of China’s richest person for a fourth year running amid an unprecedented spate of new billionaire creation.

China has added five new US dollar billionaires a week over the past year, according to Rupert Hoogewerf, chairman of Hurun Report, which today published its 22nd Hurun China Rich List. “The world has never seen this much wealth created in just one year,” he said.

There were 743 new faces on this year’s list including Zhong Shanshan, founder of recently listed bottled water brand Nongfu Spring. He stormed in at third place with assets of USD53.7 billion.

Hoogewerf put the boom down to the stock market rally and a flurry of new corporate listings. Zhong’s wealth, for example, was largely due to the huge stake he holds in Hangzhou-based Nongfu Spring which soared in its initial public offering in Hong Kong last month.

Jack Ma held onto first place with USD58.8 billion, as his wealth has ballooned in the run up to Ant Group’s highly anticipated blockbuster IPO. Tencent Holdings founder Pony Ma was not far behind him at USD57.4 billion, as the internet firm’s businesses and investments did well.

The combined assets of those on the list totaled CNY27.5 trillion (USD4.1 trillion), 54 percent more than last year. That is more than the gross domestic product of Germany, the world’s fourth-biggest economy.

The coronavirus pandemic has failed to slow the rate at which China is creating billionaires. “The first two months of the outbreak wiped out massive amounts of wealth, the second two months saw a V-shaped recovery and since June the new economy, led by digital, has boomed to record heights,” Hoogewerf said.

To make the rankings, the 2,398 individuals on the list needed a net worth of at least CNY2 billion (USD299 million). The rankings were based on figures from Aug. 28.