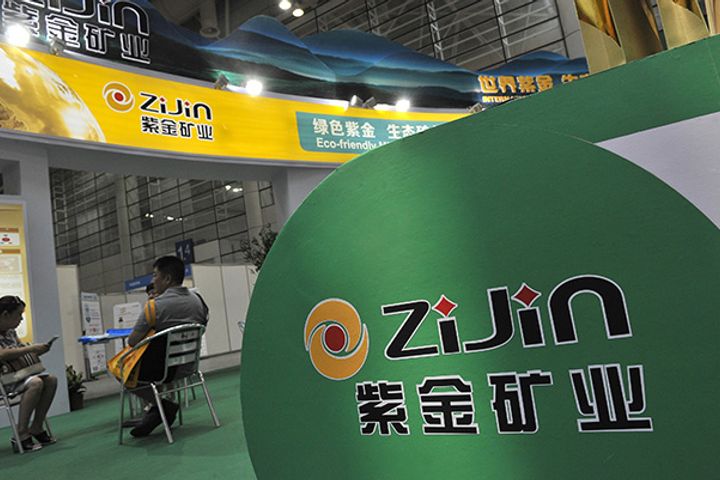 (Yicai Global) Sept. 18 -- Zijin Mining Group has struck a deal with Serbia, it announced yesterday. It will invest USD350 million within three years to increase its investment in RTB Bor. Zijin Mining Group will hold 63 percent of the mining concern's equity after the investment.

RTB Bor will spend USD1.26 billion (including the USD350 million) within six years on technological transformation, expanding its smelting plant and four mines, and new construction.

The acquisition of RTB Bor proceeded smoothly as Zijin Mining Group agreed to assume 90 percent of its debts (about USD1.4 billion), New York-based Fitch Ratings, one of the Big Three credit rating agencies, stated in a report released yesterday.

RTB Bor is a state-owned copper mining and smelting conglomerate. The Republic of Serbia Development Fund and its sovereign equity fund hold 99.99 percent of its equity. RTB Bor owns the only copper ore and smelting plant in production in Serbia, which is endowed with a large amount of copper ore resources, all large porphyry deposits suitable for large-scale extraction. RTB Bor's copper mines lie in the renowned Eurasian Metallogenic Belt and have good mining prospects.

Zijin Mining Group recently went on to acquire overseas mining assets with a renewed momentum after a series of mergers and acquisitions in Africa and Australia.

The initial deadline for the TOB is Dec. 31 and its main conditions are that two-thirds of the shares issued by Nevsun must accept it, no significant adverse change occurs with Nevsun and the TOB wins approval from both Chinese and Canadian regulators.

Nevsun Resources also holds a 60 percent stake in the Bisha Copper Mine in the Horn of Africa nation of Eritrea. The company further owns 100 percent and 46 percent of the equity in the upper and the lower mining area of Serbia's Timok Copper-Gold Project, whose upper area may contain 27 million tons of first-class copper ore.

Greater demand for copper will arise to make wires and cables as more vehicles utilize new energies and with ever-increasing demand for power generation. Large miners have publicly expressed their desire to increase copper output.

The acquisition by Zijin Mining Group will not adversely influence the company's credit rating because it operates well and smoothly with annual cash flow of CNY8 billion (USD1.18 billion), Fitch Ratings said yesterday, but the acquisition will raise the leverage ratio of the company in the short term, it added.