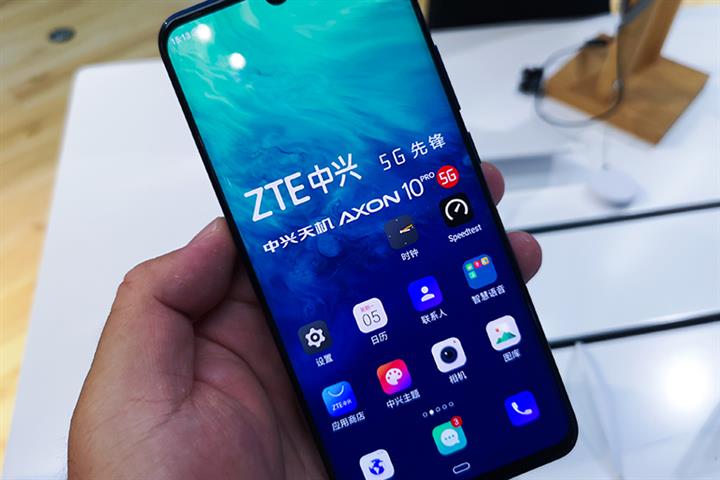 ZTE’s Device Shipments to Top 100 Million This Year, With Half Using ZTE’s Own Chips

(Yicai Global) Oct. 26 -- ZTE is expected to ship more than 100 million devices this year, according to the president of the Chinese telecom giant’s mobile devices business.

Half of the devices shipped will use the firm’s self-developed chips, covering fields such as personal communications, homes, internet of vehicles, and industrial monitoring, Ni Fei also told the ZTE Global Analyst Conference in Shenzhen yesterday.

Shenzhen-based ZTE plans to boost investment in innovation, enhance research and development platform capabilities, and further expand the applications of its self-developed chips, he said.

Ni also revealed that ZTE’s revenue in the Chinese market surged 150 percent in the first half of the year, making it one of the country’s fastest-growing smart device makers.

ZTE plans to build 5,000 offline marketing channels this year, covering Beijing, Shanghai and other major cities, and has already completed work on 4,000 of them. In addition, ZTE has set a target of 50 percent annual growth in overseas markets, with a focus on the Asia Pacific, Europe, the Middle East, Africa and Latin America.

The company also released its earnings report for the first three quarters of the year yesterday. Net profit surged 116 percent to CNY5.85 billion (USD916.1 million) from a year ago, with the third-quarter figure jumping 108 percent to CNY1.77 billion.

Regarding future market goals, Ni said that under ZTE’s overall aim of entering the world’s top 500 in two to three years, the mobile devices business has set a new target for annual growth of more than 200 percent at home and more than 50 percent overseas.