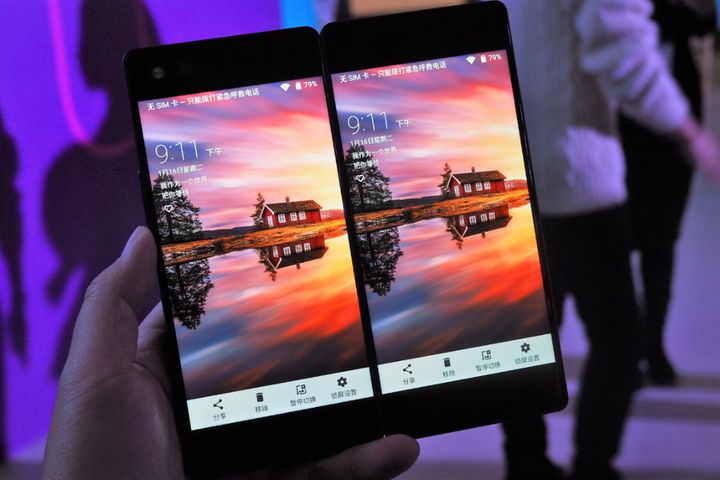 (Yicai Global) Jan. 19 -- ZTE Corp. recently introduced its Axon M foldable device to China, and Cheng Lixin, chief executive of the firm's mobile devices division, expects the company will regain its foothold in the country after a series of market and personnel adjustments.

"About 90 percent of our smartphone sales comes from overseas and the remaining 10 percent is from the Chinese market," said Cheng. "ZTE still managed to capture the seventh spot in the world's smartphone market."

One of the Shenzhen-based group's priorities is expanding its presence in China, the world's largest smartphone market, he said.

ZTE's Axon M is the only foldable smartphone that has been mass produced. Such devices are poised to become popular as they are compact and can satisfy consumer demand for multitasking capabilities and big screens, Cheng said.