Investing In A Polarized Global Economy 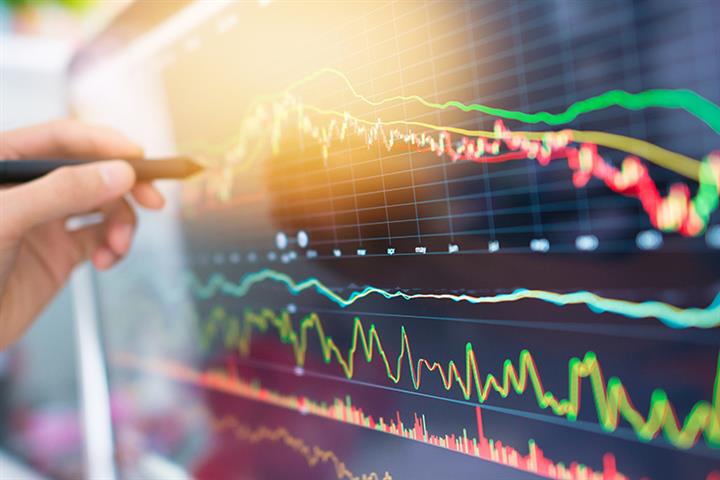 Investing In A Polarized Global Economy

(Yicai Global) June 29 -- In an increasingly polarized world because of unbalanced recoveries from the coronavirus pandemic, investors see Chinese stocks and bonds as good hedges against risks.

While the economic recovery is the theme of 2021, it is bifurcated by regions, industries, and social classes.

Rich countries are likely to see post-pandemic booms because of fast vaccination rates, while poor ones are suffering from low access to vaccines and panics about capital outflows. Since the pandemic started earlier last year, new economies contributed to almost all the rises in the stock market, while traditional industries including aviation and textiles lost their glamour. The society is also increasingly divided, with the wealthy gaining from a booming capital market propelled by stimulus policies and blue-collar workers are seeing their assets losing values.

Based on forecasts from the International Monetary Fund (IMF), the United States ranks high among developed economies with a growth rate of more than 6 percent for this year. In spite of its domestic problems such as increasing inequality and high public debt, the US economy is still on a promising trajectory of recovery.

The US composite PMI, an indicator of economic health, reached a record high of 68.1 in May, according to IMS Markit. Such fast expansion in manufacturing and services surpassed the Euro zone and Japan by nearly 10 points and 20 points. Before the pandemic at the end of 2019, the PMI gap between them was less than 4 points.

On the other hand, major emerging economies including Turkey, Brazil and India are still battling with serious virus infections, high unemployment, and turmoil in their governments and financial markets.

Once a promising land for global investors, emerging markets are now risky to make a fortune.

One main risk facing developing economies is capital flight. This was, again, partly due to uneven recoveries from the pandemic globally. Major central banks have loosened monetary policies to support economic recoveries. This pushed up inflationary expectations in some developed economies and led to market speculations that some central banks would unwind their policy support to put a brake on the potential economic overheating. The rising yield of the US 10-year treasury, often seen as a risk-free investment, has intensified the concerns of capital flight from emerging economies. Since last November, the Turkish government has increased its benchmark interest rates by 875 basis points to 19 percent to prevent capital outflows.

According to data from the Institute of International Finance, the average daily net inflows to emerging markets had reversed from USD1.7 billion at the end of 2020 to daily net outflow of about USD300 million by the end of the first quarter of 2021. This was worse than the 2008 global financial crisis.

During this round of polarized global economic recovery, investors have been fixing their attention at where the economy holds up.

In the first five months of 2021, equities led the rising values of major assets. Among them, the US stocks performed the best, with the S&P 500 gaining more than 12 percent. The main reason is the US President Joe Biden’s aggressive measures to prop up the economy by increasing government spending. During his first 100 days in office, S&P index gained nearly 9 per cent, the highest increase among the latest four US presidents.

In spite of tense US-China relationship, there are still ample interests in US-listed Chinese firms. The pace of Chinese companies going public in the US stock market has not slowed down. In the first quarter, 19 Chinese companies completed initial public offerings (IPO) in the US.

In Hong Kong, the popularity of investing in new stocks with margin financing continues to grow steadily. Compared with the A-share market, where the chance of subscribing for new shares is as low as 1 per cent, there is still a 5 to 50 percent likelihood that retail investors could anticipate making money from a post-listing share price surge in Hong Kong, after borrowing money to buy into IPOs.

Global investors also have increasing appetite for China's bond market, which offers higher yields on government bonds than the US treasuries. China's benchmark 10-year bond yield stayed at around 3.1 percent at the moment, compared with 1.5 percent of its US counterpart. According to Bloomberg, by region, Chinese mainland and Hong Kong have gained the most in recent weeks from capital inflows to US-listed exchange traded funds (ETFs) that invest in emerging markets’ bonds and stocks.

Levin WangLevin Wang Lei is the CEO of Huatai Financial Holdings (Hong Kong) Limited, the flagship of Huatai Securities’ international business. As an international financial expert, Levin has in-depth working experience in market leading Chinese and bulge bracket investment banks. He is also an intellectual in economic theories, currently teaching post-graduate students as an adjunct professor at Central University of Finance and Economics.
Investing In A Polarized Global Economy