China’s Economy: The View From the IMF 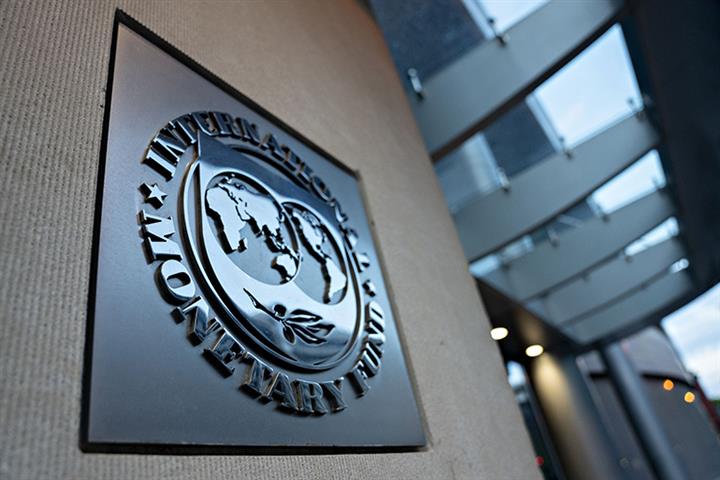 China’s Economy: The View From the IMF

(Yicai Global) Jan. 18 -- On January 8, the IMF released its Staff Report for China’s 2020 Article IV Consultation. As part of the IMF’s Articles of Agreement, the authorities of member countries must engage in discussions with the Fund Staff on a regular basis. During these discussions, the Staff offer an analysis of the country’s economic performance and suggestions for the policies to be pursued going forward. The views of the country’s authorities are also reflected in the Reports.

The Article IV Reports are required reading for any one who wants to truly understand a country’s economy and the challenges it faces. Having worked in the IMF for a few years in the mid-2000s, I can attest to the professionalism and the depth of analysis that goes into preparing these documents.

At 125 pages, the 2020 Article IV Report on China is a wealth of information. Its central narrative is accompanied by numerous charts, tables, boxes and appendices. While the Report’s scope might appear daunting to the casual reader, the Staff’s key conclusions and policy recommendations are summarized in a two-page Appraisal.

It is easy to agree with many of the Report’s common sense recommendations. Rather than re-state the Appraisal, let me pick on a couple of points where my view differs from those of the Staff.

Notwithstanding the speed of China’s recovery, which has been much more rapid than in other countries, the Staff emphasize that growth has been unbalanced – heavily reliant on policy support rather than domestic consumption – and that the risks are to the downside.

They forecast that growth in 2020 will come in at 1.9 percent, followed by an acceleration to 7.9 percent in 2021. Thus, they are significantly more downbeat than the 21 Chief Economists surveyed by the Yicai Research Institute, who see GDP growth in 2020 and 2021 at 2.4 and 8.8 percent respectively.

Part of the difference in these two forecasts can be attributed to timing. The Chief Economists were surveyed more recently and their forecasts benefitted from seeing the strong data released in December. Indeed, Helge Berger, the Fund’s mission chief for China, suggested that these data presented an upside risk to the Staff’s forecast. But something more fundamental is likely at play here as well.

Figure 1 compares the Staff’s forecast for China’s GDP in its 2020 Article IV report to the one released a year earlier. It is striking that the level of GDP implied by the current forecast remains below the pre-pandemic projection all the way out to 2024. While the economy’s rate of growth over 2022-2024 is the same as projected in 2019, some of the output lost in 2020 – about 2 percent of GDP – is never recovered.

Indeed, the Staff see the pandemic as having permanent effects on the supply side of China’s economy. They attribute this to labor market scarring from employment losses, public investment in low productivity projects and the costs of workplace safety and hygiene practices.

The Staff see the output gap – the difference between the economy’s actual output and the amount it could potentially produce – as large in 2021 and only narrowing gradually over the medium term. In contrast, China’s authorities are more optimistic.  They see the output gap closing sometime this year.

My analysis of the monthly data on economic activity is even more positive. It suggests that the economy already returned to the level of activity we might have expected before the pandemic. Indeed, the National Accounts for the fourth quarter, which were released on January 18, reported that GDP was up 6.5 percent year-over-year. This means that the output gap had, indeed, closed. 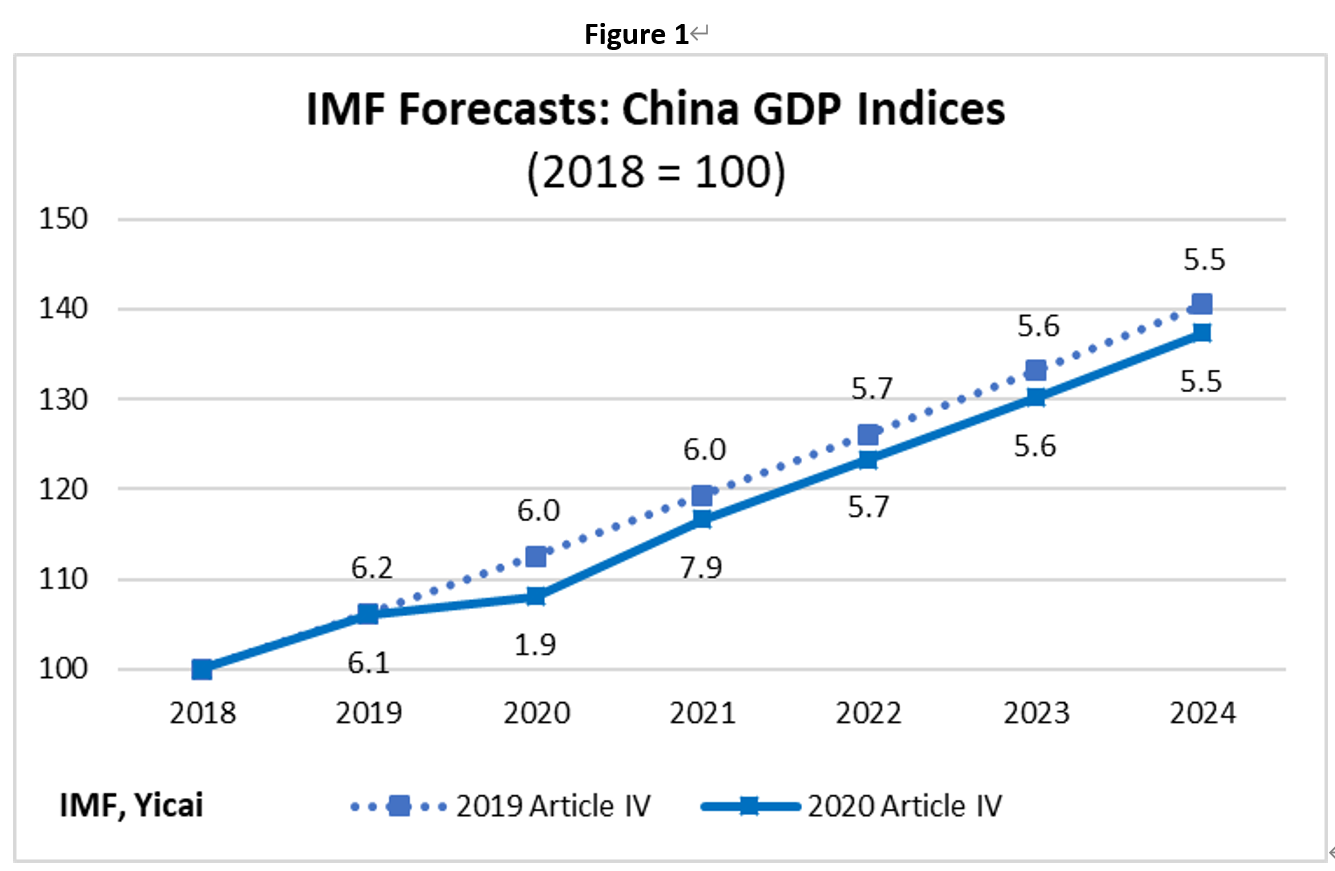 The analysis of the output gap is not an academic exercise. The output gap features prominently in deciding the course of macroeconomic policy. The Staff, seeing a large output gap, recommend that “macro policy should remain moderately expansionary in 2021.” If the gap is already closed, policy should begin to tighten, with an eye to addressing financial risks.

One of the Report’s key recommendations is that fiscal policy should be reoriented from infrastructure spending to strengthening the social safety net.

The Staff characterize China’s social safety net as “woefully inadequate”. They note that only one in three urban workers is covered by unemployment insurance and that, at 3.5 percent of GDP, China’s health and welfare expenditures are well below the 6 percent of GDP that other emerging market countries spend. In the Staff’s view, China’s thin social safety net leads households to hold excessive precautionary savings and devote too little of their incomes to consumption.

At the same time, the Staff believe that China’s increase in public investment threatens to reverse the progress toward “balanced growth”. They point out that China’s stock of public capital is quite high, relative to GDP, and suggest that further traditional infrastructure investment could suffer from diminishing returns.

China’s authorities agree on the need to enhance the social safety net and I suspect that greater social protection will be a key part of the 14th Five-Year Plan. Nevertheless, I think that China will continue to aggressively lever the benefits of public investment.

Both in the context of the pandemic and during the global financial crisis, China was able to rapidly roll out public spending projects, which helped support employment while providing useful capital. In contrast, policy in many other countries appears to consist of “pushing on strings”, as they wait for private investment to take advantage of ultra-low interest rates.

While it is likely true that the benefits of infrastructure investment will diminish as the public capital stock grows, I wonder how well these benefits are measured and if they still remain large enough, from a social perspective, to warrant continued spending.

Last year, China suffered from record rainfalls that resulted in severe flooding in the southern part of the country. But thanks to significant investments in water management, the damage was much less severe than in 1998, when a smaller amount of rain led to widespread death and devastation. I wonder if our economic data can accurately account for the social benefits from the years spent planning trees and creating sponge cities.

Clearly, no one would advise China to build bridges to nowhere. But, as the Staff admit, knowledge spillovers suggest that there is a strong case for public investment in basic R&D. Moreover, the Staff see a role for the government to support China’s transition to a low carbon future. At the same time, the Staff should be aware that China’s infrastructure investment has moved into new areas like 5G and satellite communications.

At a time when the global economy is weak and private spending is depressed, I would have liked the Staff to have taken a step back and distill the lessons – both in terms of smoothing the business cycle and improving productivity – that China’s public investment programme might have for other countries.

As I noted, it is hard to disagree with many of the Report’s recommendations. Let me emphasize a couple, which strike me as particularly important.

The Staff make a convincing argument for lowering the minimum social security contribution rates. The high minimum contributions often discourage formal employment among the lowest-paid. Instead, the workers are hired “under the table”. Neither they, nor their employers, contribute to the system, which ends up failing the people that need the protection the most.

The Staff note that fiscal consolidation will be needed to stabilize the public debt-to-GDP ratio and put public finances on a sustainable footing. I strongly support their recommendation that a nation-wide, recurrent property tax would be an effective way to raise government revenue and stabilize the debt, while increasing the progressivity of the tax system.

One need not always agree with the Staff’s suggestions. Still, the publication of the IMF’s Article IV Report is an excellent way to foster informed debate on the state of the Chinese economy and the best course for its macroeconomic and financial policy.