How Fast Will China Grow Over Next 15 Years? 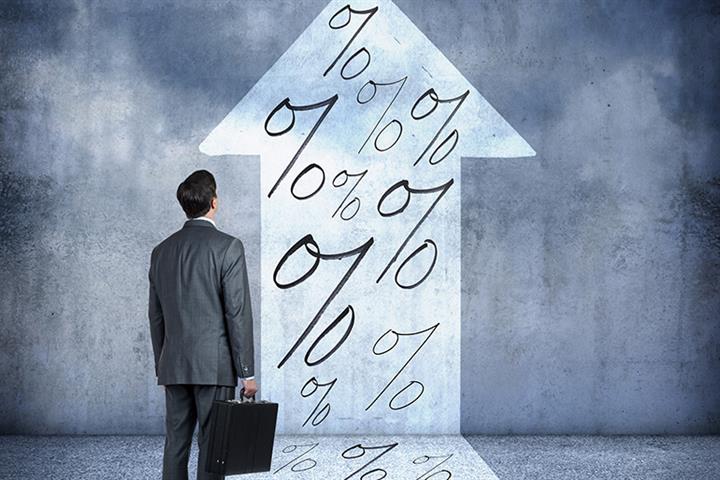 How Fast Will China Grow Over Next 15 Years?

The key is what the Central Committee means by “moderately developed countries”. A convenient framework to use here is the World Bank’s country classification system, which divides countries into four income groups. The World Bank regularly updates its income thresholds and the July 2020 version is shown in Table 1.

The World Bank calculates that China’s per capita income was $10,410 in 2019.  This would put China at the higher end of the Upper-Middle Income group. Thus, one way to interpret the Central Committee’s objective is that China will rise toward the middle of the high-income group by 2035.

The World Bank includes 58 countries in the “high income” classification. It’s a broad range, from Romania with a per capita income of $12,630 to Switzerland at $85,500. The median per capita income for this group was $30,390, which corresponds exactly to the reading for Spain. China’s per capita income would have to grow at an average annual rate of 7.4 percent, in real terms, over the next 15 years to achieve Spain’s 2019 level. This would represent a significant acceleration from current trend growth, which is closer to 6 percent.

Table 2 presents seven scenarios, based on selected growth rates, for the level of per capita income China could achieve in 2035 and the country that was at that level in 2019.  At the high end, if China were to maintain 6 percent growth over the next 15 years, per capita incomes would grow by 150 percent, to reach Slovenia’s $25,000. At the low end, 3 percent growth would translate into a 60 percent increase in per capita incomes to the $16,140 achieved by Hungary. 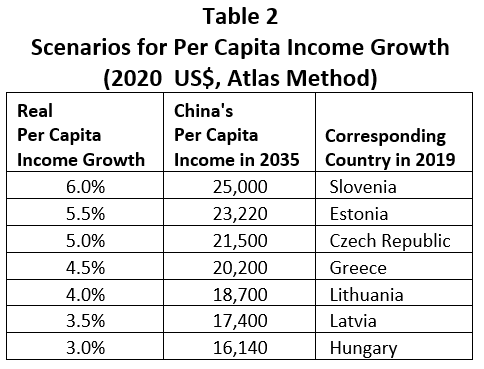 In addition to growing in real terms, per capita incomes in China are likely to rise as a result of relatively rapid productivity growth. It is normally the case that the more rapid a country’s productivity growth is, the faster the increase of its domestic prices. This empirical regularity is called the “Balassa-Samuelson Effect” after the two economists that independently recognized it in the early 1960s. 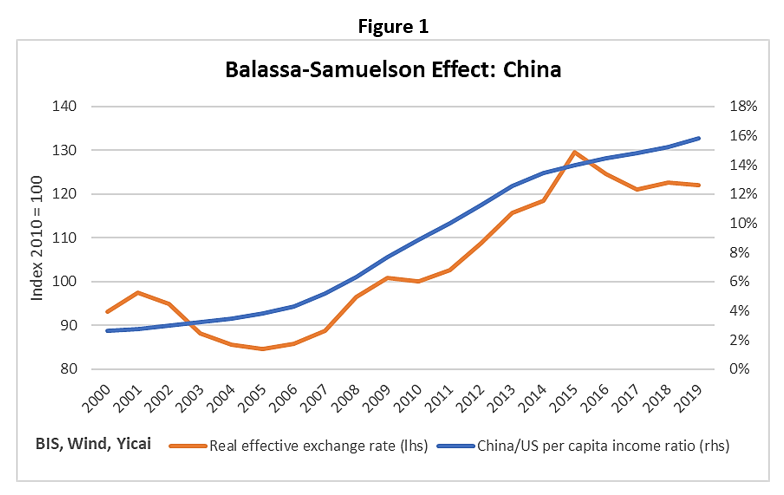 Given the relationship presented in Figure 1, we can adjust Table 2’s scenarios for the Balassa-Samuelson Effect. We assume that US per capita income growth over the next 15 years is 1.4 percent. Given the speed of catch up with the US implied by the selected growth rates, we can calculate the increase in the real exchange rate and adjust the 2035 estimates of per capita income. 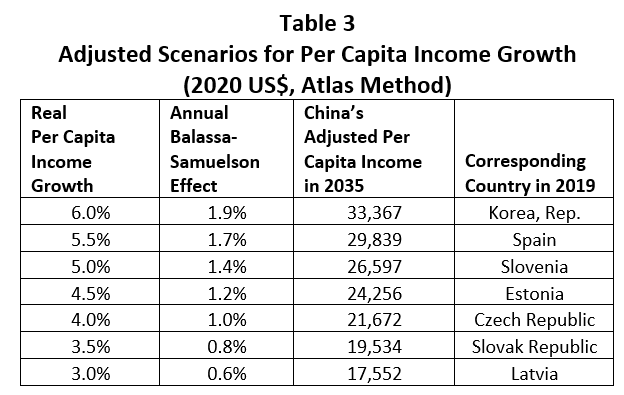 In this analysis we have been comparing estimates of China’s future income to actual incomes of moderately developed countries in 2019. However, it is unlikely that those countries’ incomes will stand still for 15 years. Indeed, the median of the high-income countries grew by 2.8 percent per year over the last 15 years and those of the countries presented in Table 2 grew at an average annual rate of 5.7 percent over the same period. So, China could be chasing a moving target!

Perhaps a simpler way to think of the Central Committee’s objective is a doubling of per capita incomes over the next 15 years, from roughly $10,000 to roughly $20,000. This would correspond to an average annual growth rate of 4.7 percent and would bring China’s per capita income to that of Greece’s in 2019.

It is worth noting that 14 Chinese cities have already achieved per capita incomes in excess of $20,000 (Figure 2). Incomes in Shenzhen last year were close to those of Spain, those of Shanghai like those of Saudi Arabia and those of Xiamen similar to those of Greece.

With 140 million people living in these cities already enjoying a moderately-developed-country standard of living, Chinese policy makers have a number of success stories to draw on in achieving their 2035 goals. 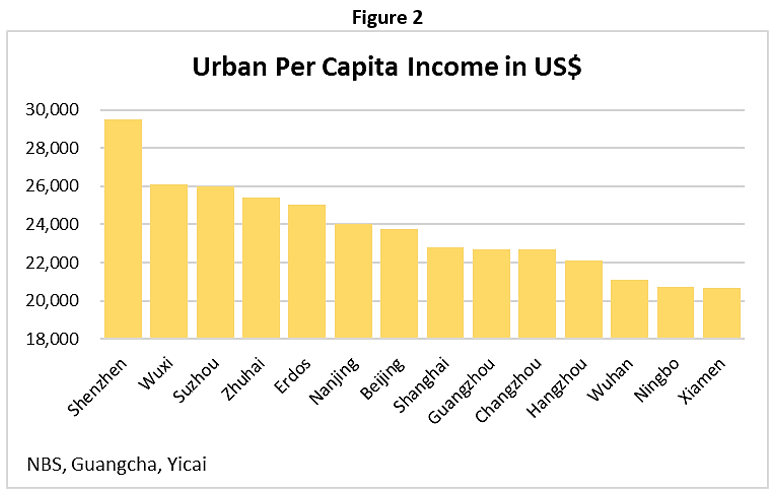 Mark KrugerMark Kruger is Yicai Global's Opinion Editor and Senior fellow to the Yicai Research Institute. He is also a Senior Fellow at both the University of Alberta's China Institute and the Centre for International Governance Innovation. Mark was formerly a Senior Policy Director in the Bank of Canada's International Department, a Senior Advisor to the Canadian Executive Director at the International Monetary Fund and head of the Economic and Financial Section in the Canadian Embassy in Beijing.
Is the Bottom Falling Out of China’s Property Market? China’s Common Prosperity Initiative: Killing the Rich to Help the Poor? In the Wake of COP26, It’s Time to Reconsider a Carbon Tax