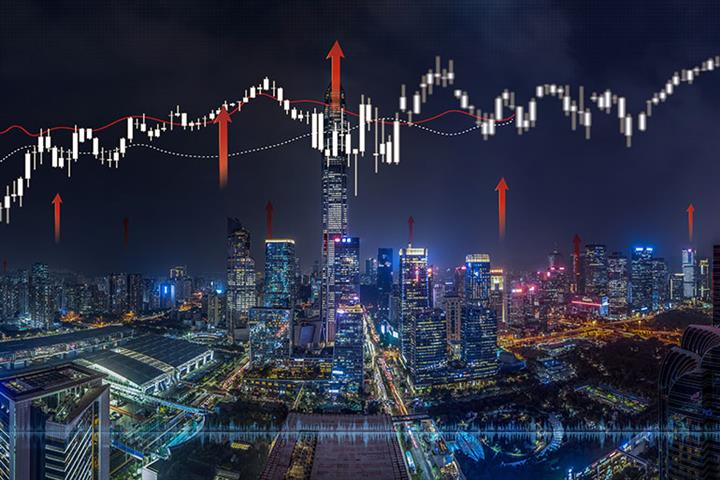 (Yicai Global) Nov. 20 -- On November 16, China’s National Bureau of Statistics (NBS) released is macroeconomic data for October. Building on September’s strong outturn, the October data suggest that the Chinese economy has essentially recovered from the devastating effects of the corona virus.

Figure 1 presents our estimate of China’s monthly GDP growth, which is based on the NBS’s industrial value added and service production data. Following 6 percent growth in September, the data point to 7 percent GDP growth in October. Sustained monthly growth in the 6 percent range would be consistent with the economy operating at potential.

October’s pick up was due to very strong service sector activity. At 7.4 percent, the growth of service production was the highest since March 2019. And it was well above last year’s average of 6.9 percent. The NBS noted that the strength of the service sector was widespread, with real estate, transportation, storage and postal services and other services all posting rapid rates of growth.

The growth of industrial value added remained at 6.9 percent in October. Although it was unchanged, it was very strong: average industrial value added growth in 2019 was only 5.7 percent. Moreover, it exceeded the 6.2 percent median expectation of the Chief Economists surveyed by the Yicai Research Institute. 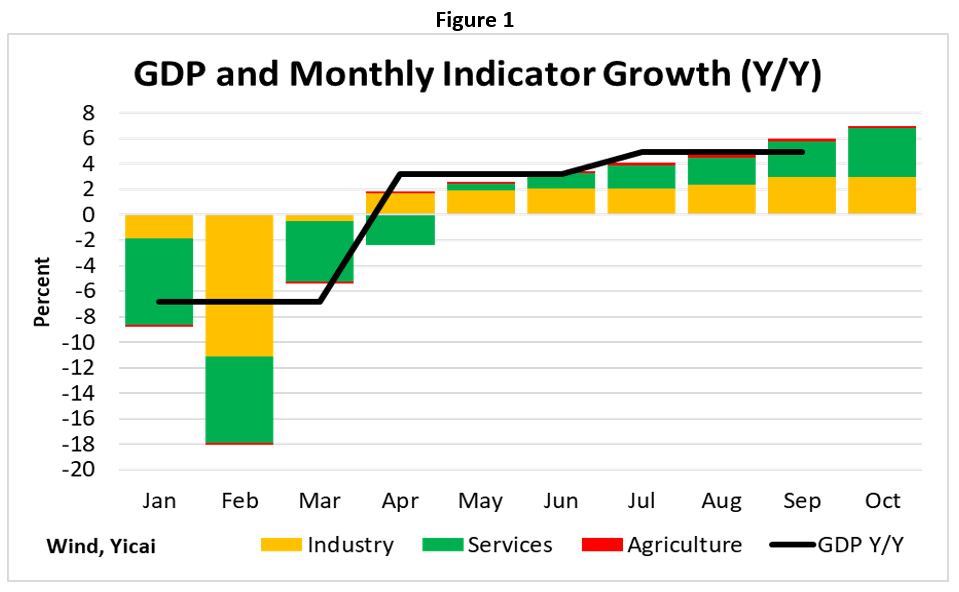 There were a number of bright spots in the October data.

Consumption is gaining momentum. Catering industry sales turned positive (0.8 percent) for the first time this year, recovering from an incredible 47 percent year-over-year decline in March. Passenger car sales growth accelerated to over 9 percent, its strongest showing in two and a half years.

Business confidence is also increasingly upbeat. Investment in manufacturing has been in the 6 percent range for the past three months, which is double the growth we saw in 2019. NBS Spokesperson Fu Linghui noted that the amount of planned investment continues to accelerate, which suggests robust growth going forward.

The pick up in economic activity is generating renewed demand for labour. Figure 2 shows that 1.1 million new urban jobs were created in the formal sector in October. This well exceeds the trend of past years and indicates that the market is beginning to absorb the workers who were unable to find jobs earlier on. Such favourable labour market outcomes should continue to support consumption and create the conditions for a virtuous cycle. 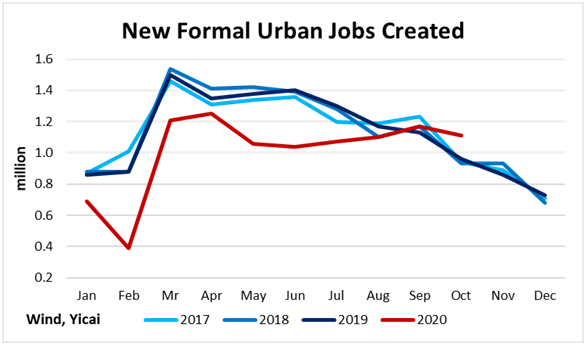 Housing has been another source of strength, but signs of an imbalance are emerging. Sales of residential property have been very strong. The volume of floorspace sold in October was up 17 percent year-over-year, following buoyant sales since May. However, housing construction has not kept up with demand. Residential floorspace under construction has only grown modestly, so far this year.

There is a risk that if demand gets too far ahead of supply, price pressures will build. Figure 3 shows that the gap between sales and floorspace under construction feeds into the growth of home prices with a four-month lag. While home price growth has been modest so far, the experience of previous cycles indicates that we could see monthly price increases in excess of 1 percent early next year. 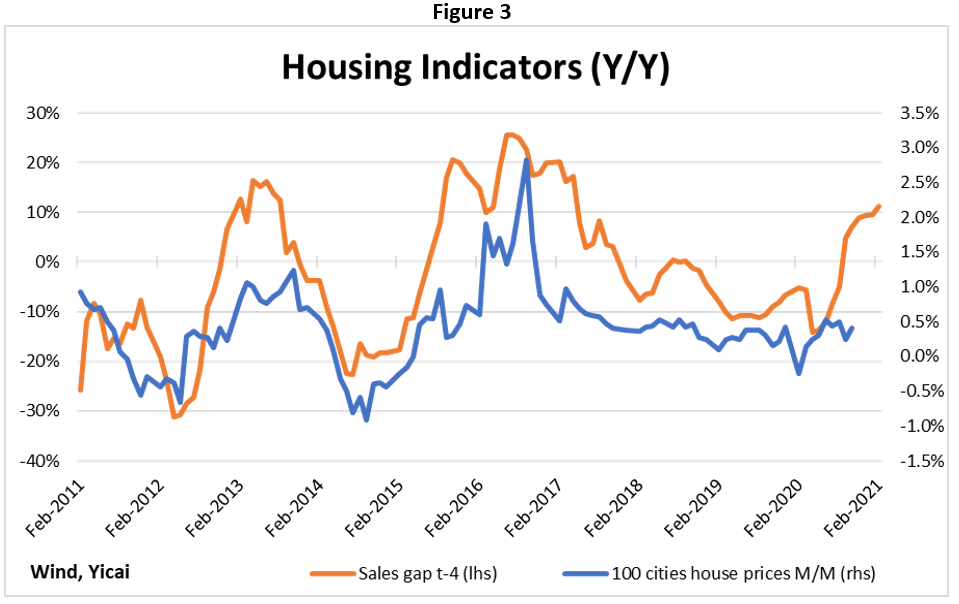 More broadly, with the economy returning to potential, the macroeconomic policy settings need to be revisited. Monetary policy remains quite accommodative. The growth of the key credit aggregate – total social financing – accelerated to 13.7 percent in October, up more than 3 percentage points from a year ago. (Figure 4). November’s short-term interbank rates remain below last year’s levels and the yield curve is quite steep. While the renminbi has appreciated against the dollar in the second half of the year, it does not appear to be particularly strong when compared to the currencies of a range of China’s trading partners.

In determining the future path of monetary policy, the strength of the domestic economy must be weighed against growing international uncertainties, in particular, the inability of China’s trading partners to control the virus. While the recent discovery of highly effective vaccines is a very welcome development, it may be close to a year before the disease is brought under control.

For example, experts suggest that 70 percent of the US population will have to be vaccinated in order to achieve herd immunity.  Pfizer and Moderna could receive authorisation to begin production soon. The companies say that 40 million doses of the vaccines could be available in the US by year-end and that they could supply Americans with  40 million doses a month thereafter. Given that two doses are needed to confer immunity, it would take until the fourth quarter of 2021 until 70 percent of the population is inoculated.

With the virus under control in China, exporters have the capacity to serve foreign markets and gain market share. This has more than offset the weakness in foreign demand. In this context, it seems prudent to tighten policy. Since the withdrawal of monetary stimulus is a sign of economic strength – the faster than expected return to potential growth – it is likely to be welcomed by markets.