[Comment] US Duties Will Have Slight Effect; China Must Look to Itself, Ex-PBOC Official Says 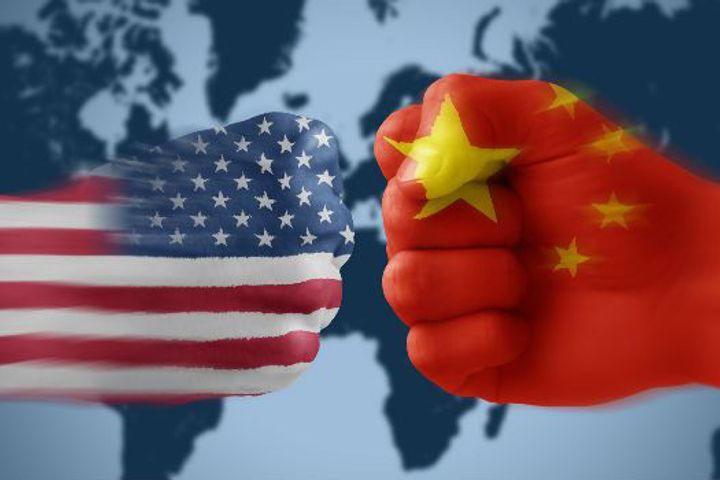 [Comment] US Duties Will Have Slight Effect; China Must Look to Itself, Ex-PBOC Official Says

(Yicai Global) July 7 -- The US released a list of 25-percent tariffs added to USD50 billion worth of Chinese goods on June 15. Though the US action appears harsh, it purposely exempted products that directly affect its domestic consumers, the list shows.

This indicates that averting a further escalation of the trade conflict serves the interests of both nations. America's tacked-on tariffs will have a limited effect on China's economy in the short term and domestic factors will decide its future development. The country must maintain its strategic focus and concentrate on its own affairs and bide its time, a course which will prove its best friend in the end.

First, the US tariffs will have a limited effect on China's economy. The US action will weigh on the latter's exports by 0.75 percentage points and gross domestic product by 0.05-0.25 percentage points, but only minimally effect prices, the Chinese Academy of Social Sciences predicts. These duties will depress China's GDP growth by 0.05, 0.25 and 0.16 percentage points, respectively, Shenwan Hongyuan Securities, Huatai Securities and Founder Securities project. Chinese economic growth has low foreign trade dependence, is mainly driven by domestic demand and shows a strong resilience and capacity to adjust. Consumption contributed 78 percent to GDP growth in the first quarter, with no contribution from net exports. Consumption spending and net exports drove economic growth by 5.3 and negative 0.6 percentage points. Consumption's boost to GDP rose by 1.2 percentage points over the end of last quarter, offsetting declining net exports. The proportion of China's service sector has reached 52 percent, with great potential for a further rise.

Second, the trade war will not last. It is in the interests of neither country nor the larger world. The Ministry of Commerce reiterated China's position of not imposing tariffs first in a July 5 news conference, adding, "More than USD20 billion worth of products in the USD34-billion US tariff list are made by foreign-invested companies in China. If the US triggers these imposts, it is saddling not only on Chinese, but also foreign enterprises with these penalties, including US-funded ones. The United States is thus really opening fire at the entire world and at itself." Though China has a large trade surplus in goods with the US, American consumers have enjoyed low-priced high-quality Chinese wares. The comparative advantages of China and the US benefit both countries. America has long preserved a trade surplus in services with China that not only pads incomes, but also promotes employment there. Further tariff rises will thus substantially and negatively impact the United States. Consumer goods make up more than 70 percent of its imports. China provides over one-third of global exports of the items currently absent fom the tariff list and which closely relate to Americans' daily life. Thus, escalating trade frictions may raise prices in the US.

Third, China's effective financial supervision and risk prevention have strengthened its support for the real economy and spurred its endogenous growth momentum. The country's economy has formed a market with consummated industrial systems and huge consumption potential. The net foreign inflow into the stock market was CNY131 billion, and overseas institutional investors' net purchase of Chinese government debt was CNY309 billion in the first half, statistics show. The yuan exchange rate has seen a stable trend and has bi-directionally fluctuated against the US dollar.

Fourth, China must maintain a strategic focus and look after its own affairs. The real US intention in fomenting a trade war is to curb China's technological advance, some believe. US pressure on China is a diversionary tactic whose real purpose is to contain the EU, others hold. China's status in the world economy is clear at this stage, as well as its weaknesses and the direction of its development. It must therefore acknowledge its shortcomings, persist in reform and opening, promote structural adjustment, and enhance innovation. Rationally managing China-US trade frictions, staying focused, and hewing to a stable and neutral monetary policy to prevent and resolve risks, while establishing a long-haul mechanism for real estate regulation as soon as possible to create more institutional dividends for China's economic development now loom large as measures of vital necessity.

The author is a counselor with the People's Bank of China and a former director of its Financial Survey and Statistics Department.