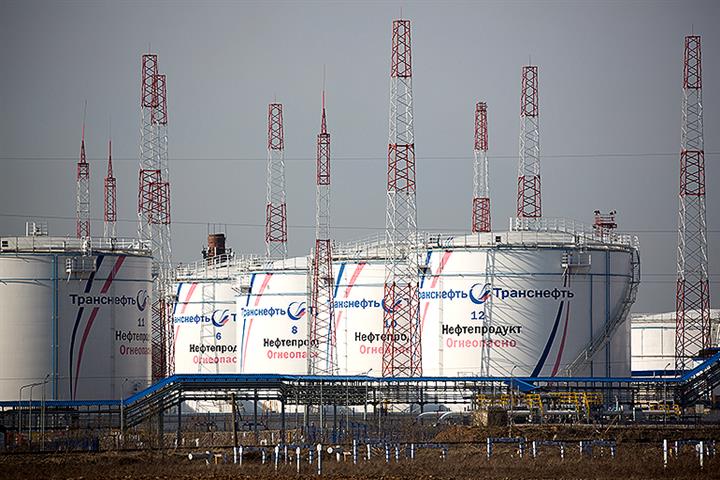 (Yicai Global) May 6 -- The European Union this week announced proposals to embargo the import of Russian oil and petroleum by the end of 2022. The sanctions would be implemented gradually and come despite strong opposition from several member states including Hungary and Slovakia, as well as the acknowledgment that the measures would hurt. Crude oil prices quickly rose above USD108 as of Thursday morning, whilst Moscow hectored Europe saying that it would simply sell it to them via third countries and parties, a strategy that has long been utilized by Iran under tough American sanctions.

The proposed embargo reveals a critical strategic vulnerability in Europe’s “energy security”, defined as the strategy and policies wherein a state, or group of states, secure access to energy resources when they are not capable of producing their own. Whilst Europe remains dependent upon Russian gas to the point such sanctions are untenable, cutting off oil is nonetheless a difficult step that will exacerbate already surging energy costs and inflation across the continent. This poses the question of how will Europe secure alternative sources of oil, and how increased reliance on other sources brings new vulnerabilities.

In 2019, the European Union imported 27% of its oil from the Russian Federation, 9% from Iraq, 8% each from Saudi Arabia and Nigeria, and 7% respectively from both Kazakhstan and Norway. Other states included Libya, the United States, and the United Kingdom. The removal of the largest market, Russia means Europe naturally has to increase its imports from the other parties. This means the EU’s strategic dependency on continued access to oil resources in the Middle East is drastically increased. However, all evidence so far points to OPEC states, benefitting from higher prices, refusing to cooperate for western demands to increase production. As Russia itself is also part of this body and has ties with these countries, this represents a further political obstacle.

European Union foreign policy is in little shape to address this dilemma. Currently, the bloc is focused on confronting Moscow with the goal of pursuing a military defeat over Russia in Ukraine, whilst also pitching an “Indo-Pacific strategy” having shown little political independence to avoid America’s strategic confrontation with China. This makes Europe’s “energy security” a gaping strategic vulnerability which will leave it to the political mercy of events in other regions. For example, how is Europe’s disorientated policy on Iran, which is unwillingly following America’s course of pressure over its nuclear program, going to survive? Not least because Tehran becomes stronger owing to surging oil prices. Or, what happens if another major crisis or conflict in the Middle East emerges which disrupts the oil supply?

This means the European Union is essentially walking on eggshells to any further disruption of the global energy supply and has no serious contingency plan or even recalibrated regional focus to address this dilemma. This means that for as long as the conflict in Ukraine continues unresolved, the European economic picture will continue to be plagued by grave uncertainty and inflation-based challenges from the uprooting of energy markets. The oil sanctions on Russia itself, given their impact on prices and the long-term implementation period of them, means they are completely ineffective in changing the outcome of the war, yet otherwise effective on the economic blowback which they will deal with Europe itself.