China's Economic Fundamentals Are Strong Enough to Bounce Back from Covid 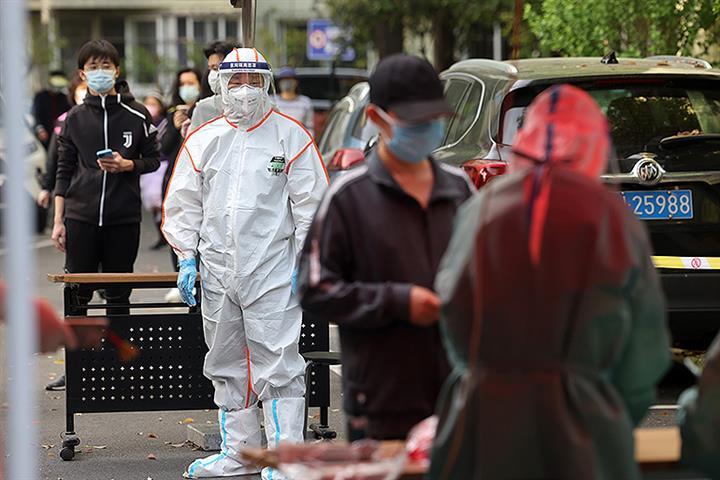 China's Economic Fundamentals Are Strong Enough to Bounce Back from Covid

(Yicai Global) April 20-- On Monday China’s economic data for the first quarter of 2022 was released. Despite later disruptions emerging in the form of the Shanghai lockdown, the country’s GDP grows by a year-on-year rate of 4.8% rate in the previous three months, beating estimates by a considerable margin. Fixed asset investment and industrial output also beat expectations. Irrespective of the covid variable since late March, the figures come amidst predictions from international economists that China’s growth would in fact slow down this year as a result of other structural pressures, including the moderation of the global recovery from the pandemic, the conflict in Ukraine and its impact on commodity and energy prices, as well as the stress of real estate and technology readjustments.

If this data is correct, China has so far offset these challenges quite well. However, the covid-19 outbreaks that have resulted in lockdowns in Shanghai and other major cities have posed considerable questions regarding the country’s economic performance for the rest of the year, leaving many to believe that its 5.5% growth figure is unattainable, but these figures now ease the pressure somewhat. Whilst it seems apparent China will not abandon its “zero-covid” policy in the near future. The country is in a reasonable position to bounce back, and evidence shows officials feel confident enough about that without having to resort to the drastic measures of unleashing monetary policy.

How Shanghai can bounce back

Although the shutdown of China’s largest city will be considered disruptive, the state has a number of tools at its disposal that be orientated towards a sharp bounce back. Undoubtedly, it can be expected from both the central and municipality government that compensation and fiscal support will be directed towards local businesses and enterprises to offset their losses, especially in sectors deemed strategic to the city economy. New infrastructure investments are likely to also be announced to kickstart activity again, whilst it is also reasonable enough to assume some consumption boosting incentives will also be offered which could include payments to local residents, but also certain tax rebates or pauses for establishments. In the west, stimulus policies have been extremely expensive but nonetheless as shown in the United States, effective in rapidly restoring growth. There is no reason to assume this cannot be done on a localized scale.

As a result of these support options, the central government is under less pressure than assumed to change policies on a national level to push for growth goals. It is no surprise that the People’s Bank of China avoided lowering interest rates last week. There are several reasons for this. Although it is widely understood in some areas China may adjust monetary policy in some areas to keep growth flowing given the challenges of the year, there are still incentives not to do so. Tightening monetary policy in America and “surging bond yields…have narrowed the space for China to cut interest rates” with such a move risking China weakening its currency and prompting greater capital outflows to safer havens. Amidst local debt and real estate problems, such a move would be of a short-term benefit only and pose longer-term risks. Irrespective of the covid factor, the newly released quarter one data also demonstrates this is not necessary with the status quo being quite comfortable for China.

Despite the covid-19 challenge, the new data ultimately shows the fundamentals of China’s economy are strong and moving in the right direction. Although the second quarter data will be less promising, there is really no need to hammer the panic button and make drastic moves yet. We should ultimately expect more support in some areas following the Shanghai lockdown, including possible targeted stimulus aimed at facilitating business and consumption, but there will be no “disaster” mode contingency measures so to speak. China will be seeking to offset the damage to Shanghai, but this alone doesn’t mandate unleashing monetary policy and creating new risks.