Evergrande Will Not Harm China's Economy 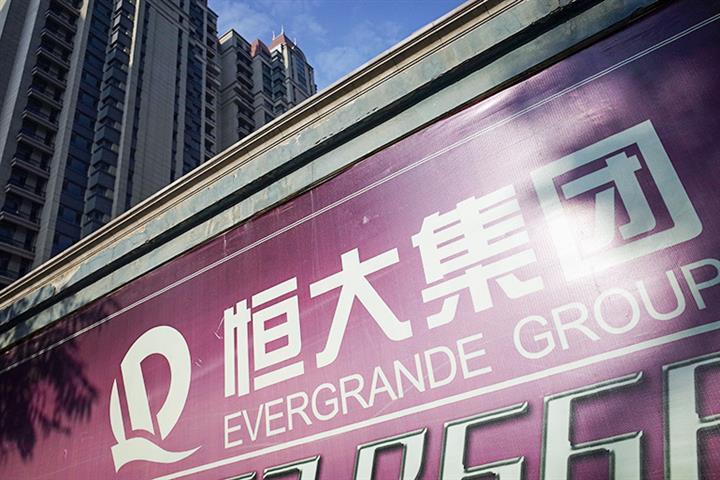 Evergrande Will Not Harm China's Economy

(Yicai Global) Sept. 29 -- For the past few weeks mainstream media headlines have focused around the struggles of China’s 2nd largest real estate provider, Evergrande Group. A Fortune 500 company, the firm has been struggling with excessive levels of debt amounting to around USD300 billion. Facing looming deadlines on its bonds, there have been widespread fears of the company facing a default if it cannot meet a 30-day grace period on its bond payments by mid-October, sending jitters through international markets with many leading financial institutions such as HSBC being creditors to Evergrande. The Chinese government recently asked State-owned firms to purchase its assets.

The Evergrande situation will not cause a financial crisis, or for that matter even much disruption to China’s economy. First of all, the government has deliberately allowed it to hang in this situation precisely because China is tilting away from excessive debt fuelled growth in an unsustainable way. Secondly, as the state-owned firm move shows, China’s more tightly organized economic system allows the state to absorb any shocks and mitigate their impact on markets, with banks primarily being state owned and are not at risk for the fallout. In a nutshell: China knows what needs to be done and is perfectly capable of saving Evergrande if it wanted, but there are some important lessons to be learned from its experience.

First of all, China has been pivoting away from levels of growth which are deemed to be unsustainable and fuelled by overtly ambitious levels of debt. China has in the past decade sought to initiate reforms in its financial system and the “supply side” of the economy of which reigns in lending, which has sacrificed higher growth in the short-term for more sustainable growth in the short-term. This is why China’s GDP came down to around 6% from past highs of 10%, the move is deliberate because spiraling debt must be brought under control. When the 2008 financial crisis struck, China’s economy sustained growth by unleashing a mega stimulus of nearly USD600 billion. Yet when the Covid-19 crisis struck, it avoided taking such a route even if it would have grown the economy faster in the short-term.

As a part of these changes, China has been cracking down on its tolerance for firms who are pursuing relentless debt led growth, and has changed to a policy where the government is literally let firms default in order to set a precedent for the market and to force others to change their behavior. Over the past year, a number of companies have been allowed to default. Whilst Evergrande is the biggest and most critical firm to face this so far given it is integral to China’s real estate market, it is no exception. The message is clear, Chinese firms must act more sustainably and clean up their act. Thus, allowing it to go to the brink of crisis is a message which is primarily political. China’s economy can’t continue like this.

However, this does not mean that the government will do nothing in the long run and simply allow it to unleash a shock wave on the national and global economy. To bail it out to easily would set a bad precedent when it has been made abundantly clear the status quo cannot continue. This means for now they are allowing the firm to suffer in order to leverage necessary structural changes for both itself and others, it is deliberately pushing it to the brink. As noted above, China is reportedly asking state owned firms to absorb and acquire the assets of the firm to cushion the impact of any eventual collapse and also to give cover to various creditors. One many describe this as gradually putting “bubble wrap” around it.

One should also be cautious of reading too deep into the western media hysteria which deliberately pushes and thrives on all negative coverage regarding China. The main takeaway from this is that the Evergrande crisis is a demonstration as to how China’s economic rules are realigning themselves towards a financial and economic system which is more competitive and forces businesses to up their game as opposed to booming on debt but operating inefficiently. Evergrande is not a “crisis” but a lesson to be learned. The worst will be offset by appropriate action by the Chinese government whereby necessary, but Evergrande’s old and broken business model as it is now will not be saved accordingly.