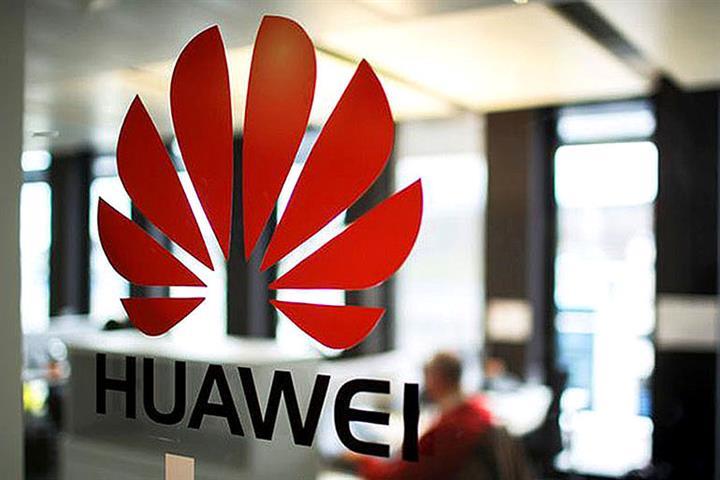 (Yicai Global) March 31--  Monday Shenzhen based telecommunications firm Huawei hosted its annual report, which is a comprehensive survey of the performance of the business and its statistics. The meeting was notable for being opened and led by Meng Wanzhou, of whom having returned from house arrest in Canada has become a human symbol of its struggles over the past few years against the United States, who have waged a multi-dimensional political campaign against it seeking to cut it off from the global semiconductor supply chain, coercing a number of countries to ban its participation in various 5G networks whilst also pursuing politicized criminal charges against it.

America’s confrontation against Huawei has been fuelled by its strategic goal of seeing it as critical to trying to contain China’s technological rise. This has forced the company leadership to tout the situation as a “struggle for survival”- aiming to adapt to the new environment and place greater emphasis on its own self-reliance. Not surprisingly, the world report reflected some of these battle scars Huawei has endured. On a year upon year basis, the firm’s overall revenue declined by 28.6% the vast majority of which was concentrated in the demise of its consumer smartphone business (which lost 49.6% of its revenue). Having lost access to US origin tech made critical components, as well as the Android system, Huawei has both lost the capability to produce smartphones en masse and its market competitiveness. In turn, it was forced to sell its popular brand Honour.

But the embattled firm is far from defeated, and nor is it spiralling towards collapse or bankruptcy. Whilst overall revenue was down, the net annual profit of the company had in fact increased by 76% to CNY117 billion. This is down to a number of factors. First of all, China’s telecommunications carrier business, despite US led pressure against it, has remained relatively stable and unscathed in numerous regions of the world, standing consistent as one of the world’s largest 5G vendors with revenue dropping just 7%. Whilst the firm has taken damage in European and Western telecommunications markets existentially, it has critically stayed in the game as a 5G player in the regions of the Middle East, Southeast Asia, Africa, South Asia and Latin America.

In the past few months, Huawei has won new 5G deals in Bangladesh, alongside contracts with Kuwait and Qatari based telecommunications companies spanning the surrounding region, entered Brazil’s 5G system with TIM, snatched a deal with Turk Telecom and numerous more countries. A Huawei built 5G network also coincided with the opening of the China-Laos high speed railway in December 2021. The American attempt to expand its anti-Huawei 5G campaign beyond the western sphere has in terms of results been comprehensively unsuccessful, with a notable failure being publicized in a botched effort to try and coerce the United Arab Emirates to dump them. This has been an important safeguard for the company.

Secondly on facing damage to its consumer business, Huawei has worked to reorient the bulk of its business towards its enterprise (business solutions) sector, IT services, cloud and software. Last year Huawei pledged USD300 million for South East Asia IT based start-ups. It is no surprise that this era yielded positive territory in the year of 2021, growing 2%. Huawei in turn has signed deals with businesses and organizations all over the world to provide various digital services and systems. Such as to name a few examples, providing a system for hospital in Thailand, an energy storage system in Saudi Arabia, a 5G system for a mine in South Africa, a private 5G railway network in Hungary, a 4G system for Volkswagen cars and so on. In this field Huawei has continued to be competitive, and has developed its business solutions alongside its new operating system HarmonyOS, which it claims is on over 220 million devices now.

But what of course about Huawei’s future? The company continues to express resolve that it will not be hobbled by the pressure placed on it by the United States, and is aggressively investing billions into research and development. In the past decade Huawei claims it has invested CNY845 billion into R&D (amounting now to 22% of its annual revenue), that 54.8% of its employees work on this sector and that it holds over 110,000 registered patents. Huawei’s research has focused on achieving greater self-sufficiency given American pressure.

For example, its subsidiary Hubble technologies has purchased stakes in a number of Chinese lithography, lazer and chipmaking firms in order to drive itself towards greater supply chain sufficiency, whilst it was also reported at the end of 2021 that the firm had created a new sub-company known as “Huawei precision manufacturing” which was described as being “in line with Huawei's ambition of resolving stranglehold problems ranging from chip shortages to software cuts, illustrating that the firm has a very long term vision in what it wants to achieve.

Quite clearly, Huawei is now on the long march to recovery. Although facing difficulties, the company is making across the board efforts to rebuild its business and effectively “rise from the ashes”. This comes a question of “How long can the US keep it down?” the answer is seemingly, not very long. The world should continue to monitor the range of exciting new developments from the company which continues to frame itself as a global leader in various technologies. In the end, Huawei will ultimately be stronger and more resilient in developing itself beyond the strings of American influence. The process may take years and will be more akin to a trickle than a flood, but certainly the clouds above it now have silver linings.