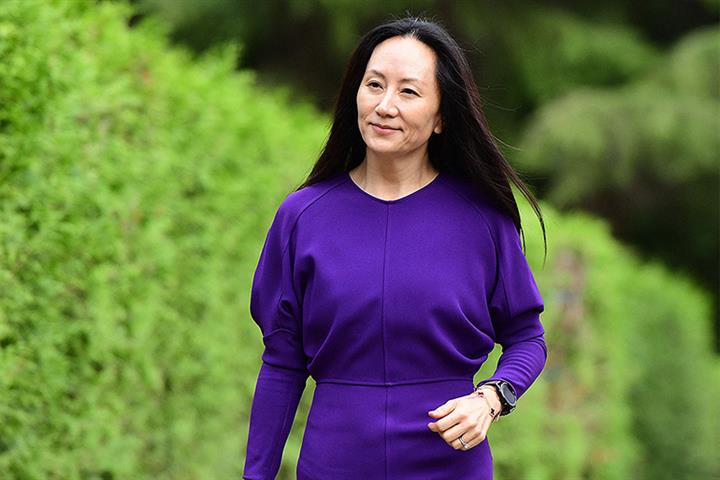 Meng Wanzhou is a Victim of America's Geopolitical War Against Huawei

(Yicai Global) Sept. 2 -- On last Friday’s extradition hearings of a long-awaited controversial case concerning Huawei CFO Meng Wanzhou will come to an end. Under house arrest in Canada after being arrested nearly three years ago, Meng is wanted on charges by the US Justice Department who claim she engaged in bank wire fraud in order to bypass American sanctions to do business with Iran. Her lawyers have sharply criticized the manner of prosecution, arguing that it “displays legal and factual defects rarely seen in fraud prosecutions, at least at the committal stage” and that United States government, in particular the Trump administration, abused the “good faith” of the extradition process.

These points are important context in a drama that has had immense geopolitical repercussions, not least for the relationship between Canada and China. “Geopolitical” of course, happens to be a very opt word for it. America’s pursuit of Meng Wanzhou is quite explicitly and perhaps even transparently, part of a broader war against her company Huawei by America commenced by the Trump Presidency that has sought to deliberately destroy the company’s reputation, global markets and supply chain. Despite even Trump himself having admitted she was a bargaining chip. The mainstream media at large have sought to downplay this, but this case cannot be understood without acknowledging it.

If you’ve been paying attention to US foreign policy rhetoric over the past three years, you will have probably noticed that Washington really does not like the Chinese telecommunications firm Huawei, and that the knives have long been out for it. The United States perceives the company as a leader in global telecommunications in 5G as a threat to its own strategic dominance, and subsequently have sought to contain the firm by a number of means.

Beginning in the year 2018, the United States began place Huawei on their agenda. In Jan. 2018, the National Security Council released a document, recommending that the government review Huawei and China's threats in 5G area and undermine Huawei's position in the global market. Just two months later, the US Representative for trade accused China of damaging US interests through technology transfer, licensing and investment. Trump then unleashed his trade war against China accordingly.

By June, the US launched its all-out campaign against Huawei, of which included public statements, letters to governments, and legislative bills to expel Huawei from the US market and to strongarm allies into doing the same. It seems unusual that Meng’s case should happen seemingly exclusive or coincidentally to this ongoing campaign, not least when the Trump administration had abused US justice powers to unfairly prosecute swathes of Chinese researchers and academics on charges which were later dropped. The President himself acknowledged she was in fact a bargaining chip for winning concessions from China, having quoted: “If I think it's good for what will be certainly the largest trade deal ever made -- which is a very important thing -- what's good for national security -- I would certainly intervene if I thought it was necessary”.

Coinciding with Meng’s arrest, the US then aggressively imposed growing layers of sanctions on the company which have consisted of its inclusion on the state department entity list as of May 2019, prohibiting it from working with Google’s Android, and then in 2020 imposing the “US foreign direct product” rule on it which bans any overseas firm from using US origin patents to supply Huawei, freezing it out of the global semiconductor supply chain. The succeeding Biden administration has kept the policy of prodding other countries to exclude Huawei.

Despite these obvious flaws in the case, the Canadian government have refused to intervene and repeatedly said they are following the rule of law. This is without even considering that the body of evidence of Meng concerning this “bank wire fraud” appears to be sketchy and at best, clutching straws. As Meng lawyer Eric Gottardi told Associate Chief Justice Heather Holmes, the US charges against her are “vague and shifting theories of risk and causation” and with fraud being primarily defined as a means to cheat others out of money “the theory of economic loss by HSBC is wholly illusory [and] fatally flawed”.

This led her lawyers to further argue that there was “No deception. No loss. Not even a plausible theory of risk. And no causal connection between the impugned representations and the deprivation said to have befallen the putative victim”. In a word, it matches up with the geopolitical context of her arrest in expressing a more than obvious reality that the entire saga has been a means to an end for the discrediting and dismantling of Huawei’s reputation, not least to drive a wedge in relations between Canada and the United States and forcing Ottawa towards taking a side with America’s foreign policy preferences. This goes without saying that as a non-American national, dealing with a country which is not the US and accordingly, a bank that is not-American, that Meng or Huawei for that matter ought to be expected to toe the line of US sanctions, which themselves are of a questionable legitimacy even if it is within the jurisdiction of the US dollar.

Time can only tell of course, what the eventual ruling will be, but most important points remain unchanged: This is not about bringing someone to justice, this is not about fighting crime, it is about destroying a company at the behest of American political ambitions, and everyone should be aware of what the United States has strived to do Huawei, and how Meng Wanzhou was ultimately part of this insidious campaign.