What Beijing's Grand Consumer Vision is All About 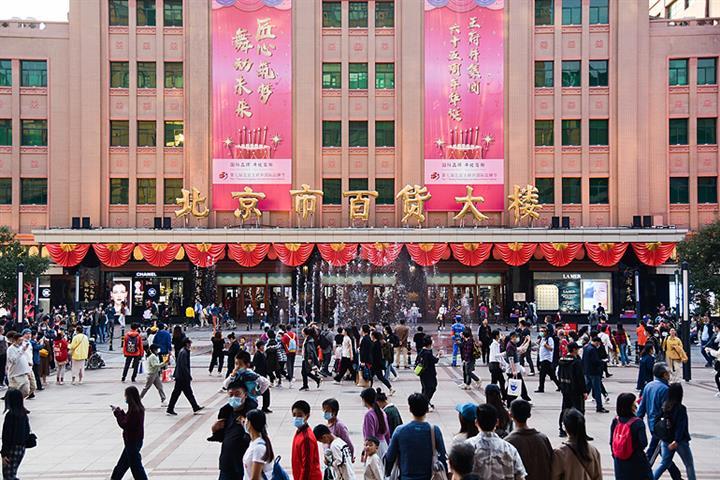 What Beijing's Grand Consumer Vision is All About

(Yicai Global) Sept. 23 -- In September the Municipality of Beijing unveiled measures including the opening of thousands of new stores in the next five years to build itself into an “international centre of consumption”. The area’s commerce bureau aims to implement this plan by establishing new consumption landmarks, new brands, accelerating digital consumption and the development of cultural, tourism, sports, education and medical consumption.

Over 3,000 new innovation and flagship stores of brands from both at home and abroad are expected to open by 2025 in the city. The capital will also build about 10 cluster areas featuring domestic time-honored brands and incubate more than 100 new consumption brands. Through this, it is hoped that Beijing will basically become an international consumption centre city with global influence, competitiveness and reputation, said Yan Ligang, head of the Beijing Municipal Commerce Bureau.

Why is China doing this? And why Beijing? Usually when we think of shopping and consumption in China, we think of Shanghai. The famous scenes of East Nanjing Road arguably represent the most lucrative shopping district in all China, the country’s unrivalled hub of commerce and retail. Whilst Beijing of course has the admirable Wangfujing, nonetheless to the world the city is known as China’s political, scientific and educational hub. It’s a capital city, yet in its shopping opportunities it does not have the same aurora as how we would perceive Paris, Rome or London.

That’s why change is a foot. China’s leadership have long made it clear that consumerism is the path forwards for China’s economic development and growth. We understand a “consumer society” where the economy is at a stage of maturity that it is driven by people’s ability to spend on goods and pastimes, driving retail and service sectors. A consumer society contrasts to that of a developing country where people’s instincts are more orientated towards near survival and getting by daily, a past which China through rapid development is now leaving behind. Shanghai again, being one example of that, as well as the country’s booming e-commerce industry

However, for China’s size and needs, it is not sufficient that one city or area alone become a hub for consumption and business, it must be nationwide, but also benefitting all people. For some areas given favourability by geography, such as the Yangtze Delta, Jiangsu and Zhejiang regions, there is always the danger of a fundamental inequality throughout the country, that some people are able to spend and consume, that others or not. Beijing is China’s capital, yet its consumption development and opportunities are lagging behind these areas and thus making national progress uneven.

As a result, the ambitious plan to transform Beijing into a “consumer city” is to help spearhead the progress of consumption and development more evenly in China as a whole, creating new jobs, opportunities, as well as incentives for international investors, who are biased in favour of regions such as Shanghai. Thus, it is an attempt to bridge the problematic “North-South” divide which exists within China’s economy, and the idea that Beijing is only a centre for learning, science and politics. These plans are also in conjunction with this an attempt to expand China’s soft-power, to expand the scope of Beijing not just from “classical Chinese” culture, but also into modern culture.

In a nutshell, this is about developing a capital that not only can consume, but also has a fundamental sense of appeal not only in illustrating China’s glorious past, but also its presence. Shanghai and East Nanjing Road are special masterpieces of China’s own development and economic might, but they cannot be an isolated example wherein the bulk of wealth, growth and opportunities are concentrated. Beijing deserves its chance, and hopefully through this vision will get it.