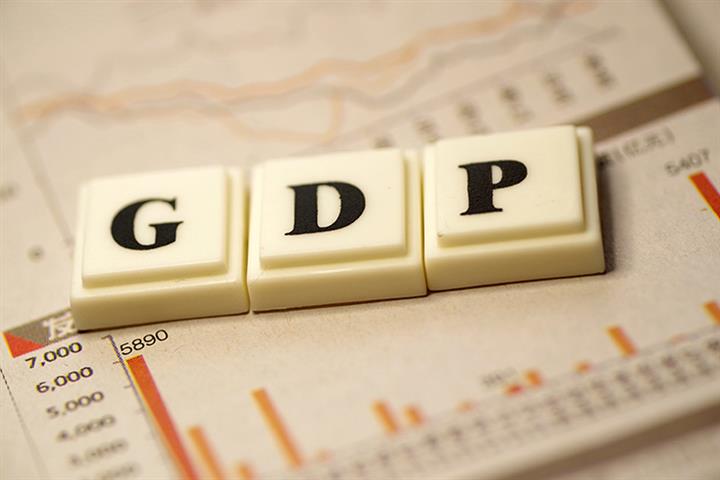 (Yicai Global) Dec. 1 -- China’s economy could face an economic downturn next year as growth momentum in real estate investment and exports slows, according to the chief economist at brokerage Ping An Securities.

Gross domestic product is expected to increase by 5 percent or more in 2022, dropping from about 8 percent this year, Zhong Zhengsheng said in an interview with Yicai Global.

The growth momentum in real estate investment and exports, which drove the economy’s rapid recovery, may slow after the Covid-19 pandemic, Zhong said, adding that it is difficult to offset that with infrastructure building, manufacturing investment and consumption.

Based on the two-year average, China’s actual GDP growth rate is expected to rebound a little to 5 percent in the fourth quarter of this year from 4.9 percent in the third quarter, with an annual rate of 5.1 percent, Zhong said.

Compared with the same period last year, fourth-quarter growth may continue to slide below 4 percent, with annual growth around 8 percent, he added.

Economic data last year was quite abnormal compared with previous years due to the impact of the pandemic, so industry insiders generally adopt the average data of 2019 and 2020 as the comparison benchmark for this year’s figures.

Impacted by factors such as the pandemic, floods, power rationing, production restrictions, and real estate market shocks, China’s real GDP in the third quarter grew 4.9 percent from a year earlier, or 3 percentage points lower than in the second quarter, the National Bureau of Statistics data disclosed previously.

The two-year average growth rate was 4.9 percent in the third quarter, pulling back 0.6 percentage point from the previous three months.