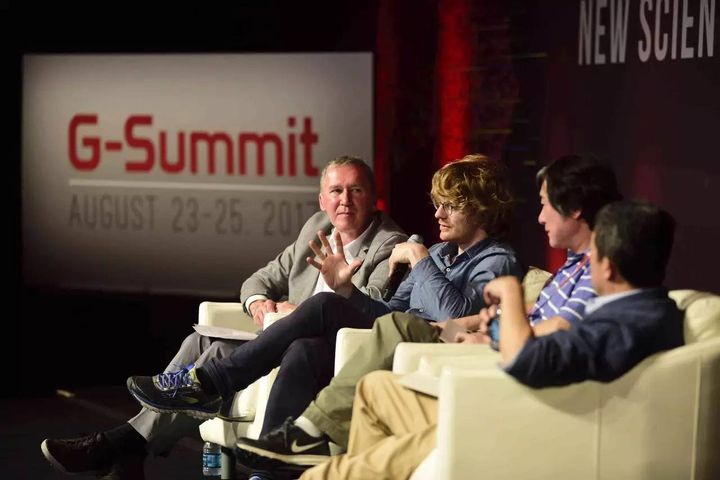 (Yicai Global) Sept. 6 -- G-Summit wrapped up August 23-25 in Pebble Beach. 100 scientists across disciplines including chemistry, physics, computer science and astronomy gathered with investors and tech executives from the US and China to predict the next ten years in technology. AI featured prominently under the theme of a New Scientific Renaissance. Inspired by a meeting with Stephen Hawking this fall, GWC Chairman Wen Chu has led the organization of multiple events featuring scientists to discuss latest advances while encouraging sustainable development and cautioning leaders not to over-commercialize.

A panel on science, technology and human values began the three-day summit and included a machine learning pioneer from Carnegie Mellon, the chief scientist at Salesforce, the chief AI officer at Citadel, and a National Academy of Sciences winner and professor of physics at Stanford. Other featured speakers throughout the week represented Facebook, Google, Microsoft, Tesla, Didi, Baidu, Ford, Instacart, SoftBank, Amazon, Vicarious and Apple. Alongside professors from UC Berkeley, Stanford and CMU and high-level guests from Walmart, Bank of America, GE and Airbnb, the group gathered to check-in on the state of the industry and challenge assumptions in the popular culture about the growing role of AI in society.

Over meals, roundtables, golf, and a stellar outdoor presentation by a renowned astronomer to talk about specific domain applications and how AI generally might ultimately shape the structure and design of modern societies. The summit was designed to combine technological expertise with the strategists accustomed to identifying value propositions and applying new technologies toward particular problems.

Apple's director of Artificial Intelligence opened the final day with commentary on advances in deep learning from his research at Carnegie Mellon, and ten standout post-A startups implementing AI technology in their business models addressed the audience during the AI Startup Top 10 segment. This annual G-Summit event is one offering produced by GWC in Silicon Valley since launching their US office in 2012. The organization now sets is focus on the G-Startup Worldside Global Finals and the GMIC conference series next stops in Sao Paulo and Beijing.