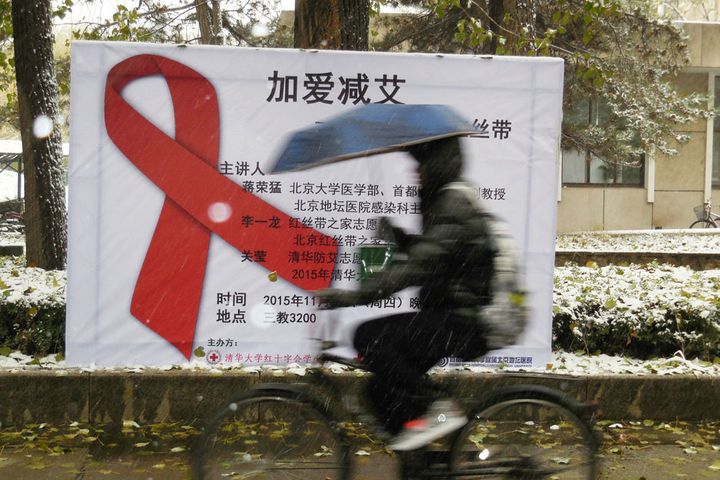 (Yicai Global) Aug. 1 -- About 3,000 cases of acquired immune deficiency syndrome have emerged among China's 15 to 24 year-old student group every year in recent years.

On-campus AIDS prevention and control therefore remains the focus of future work, said Liu Zhongfu, deputy director of the Center for Sexually-Transmitted Disease/AIDS Prevention and Control of the Chinese Center for Disease Control and Prevention, said at a press conference on epidemic avoidance and control yesterday.

AIDS is a mainly transmitted sexually in China. The disease has gradually infiltrated the general population via those vulnerable to the infection, with widespread, complex influencing factors and great difficulties of intervention, the conference concluded.

The National Health and Health Committee of China and the country's Ministry of Education have set up an epidemic notification system, piloted programs for AIDS prevention and control in colleges, and held various forms of promotional and educational activities on the deadly syndrome.

The country pledged to curb the AIDS infection rate in its recent Health China 2030 plan, holding it among the entire population at under 0.15 percent in 2022 and 0.2 percent by 2030.