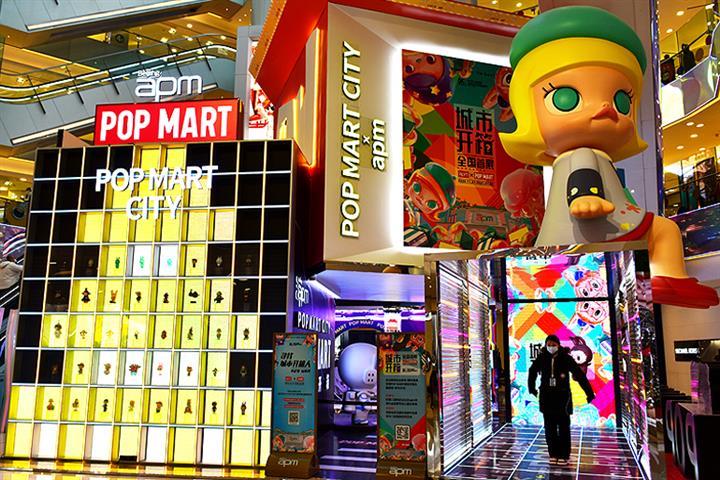 (Yicai Global) Oct. 6 -- In the past decade, the rising spending power of China’s young consumers has boosted the development of the domestic designer toy industry. These items used to be mainly imported, but now Chinese brands have become dominant and they are expanding overseas.

Designer toys were not widely recognized by Chinese consumers before 2016, and the products on the market were mainly for little kids, Jin Ge, who used to work in a designer toy company, told Yicai Global. But since 2018, the popularity of items such as limited-edition figurines and ‘blind boxes’ has grown online and offline, becoming a kind of popular culture.

According to a report by Guosheng Securities, there are four types of players in the industry: platform operators similar to Pop Mart, such as IP Station and 52TOYS; independent brands such as Finding Unicorn; chain retailers of designer toys; and online designer toy trading platforms.

The market was likely worth nearly CNY30 billion (USD4.2 billion) in 2020, a 44 percent jump over the previous year, and is expected to reach CNY57.5 billion by next year, a report published last year by iiMedia Research said.

As their business models have matured, Chinese designer toy firms have started expanding abroad. According to Pop Mart’s latest earnings report, its overseas revenue in the first half of this year surged 162 percent from a year ago to CNY157 million (USD21.8 million).