Advice From VoxEu: Act Fast and Do Whatever It Takes
Mark Kruger
DATE:  Apr 10 2020
/ SOURCE:  Yicai 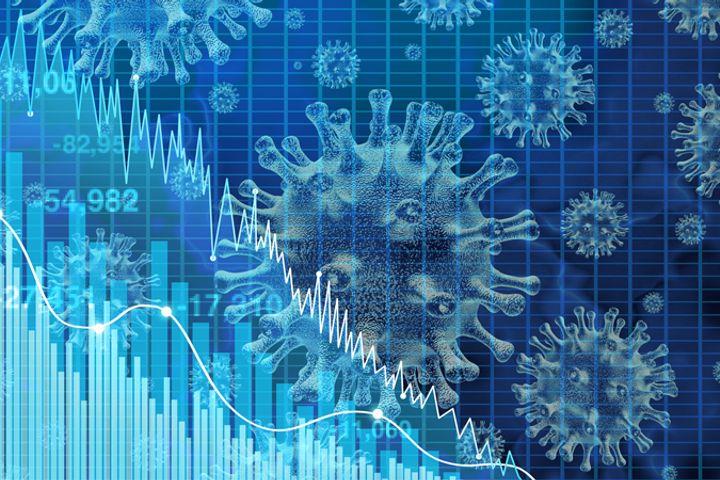 Advice From VoxEu: Act Fast and Do Whatever It Takes

(Yicai Global) April 9 -- VoxEu recently released an e-book of recommendations on how to think through the medical and economic policies that will be needed to mitigate the effects of Covid-19. The e-book consists of 24 thought-provoking essays by renowned economists and a very informative introduction by its editors, Richard Baldwin and Beatrice Weder di Mauro, which sets the context for the collection.

The e-book, which I recommend highly, can be found here: https://voxeu.org/content/mitigating-covid-economic-crisis-act-fast-and-do-whatever-it-takes. What I want to do in the next few paragraphs is summarize the key points of the three China-related pieces.

In his essay Ten keys to beating back COVID-19 and the associated economic pandemic, Shang-Jin Wei takes stock of country-experiences and offers early lessons. His recommendations are sensible. Some, like #5 –enforcing social distancing as soon as there are signs of an outbreak – and #6 – rapidly offering emergency assistance to workers and firms – have already been implemented by a number of governments. Others, like #3 – having a workable contingency plan to ensure an adequate number of hospital beds, especially ICU beds – seem to be a challenge for many countries, given how quickly the disease has spread.

Mr. Wei's tenth recommendation is that reducing tariffs and trade barriers can be helpful in fighting a pandemic-induced recession. He notes that there is a limit to how much more central banks can do to stimulate their economies, given the rate cuts that have already taken place. He points out that many countries maintain trade barriers that effectively raise the costs of production and reduce household incomes and he calls for a coordinated international effort to liberalize trade, led by the WTO and the G20. He wonders if the Trump administration would join such an endeavour and holds out hope that the threat of a looming recession might alter the US's calculus, making it more receptive.

Recent events show how important it is to heed Mr. Wei's advice. As part of the Defence Production Act, President Trump ordered 3M to stop exporting masks to Canada and Latin America. 3M subsequently warned that since it was a "critical supplier" of masks to healthcare workers in those regions, Mr. Trump's order could have "significant humanitarian implications". Canadian Prime Minister Justin Trudeau emphasized how intertwined the US and Canadian health care supply chains are. Indeed, nurses from Windsor, Ontario travel to Detroit, Michigan each day to care for the sick and 3M uses paper from British Columbia to make its masks. Should Canada take retaliatory action against the US, it could precipitate a downward spiral in which both Americans and Canadians would suffer from even fewer health care resources. Thankfully, Mr. Trudeau said Canada would not retaliate. Moreover, 3M recently announced a plan to expand its imports of masks from its Chinese plants in the next three months. This would allow the company to continue sending it's US-made mask to Canada and Latin America, where 3M is the primary source of supply.

One of the most interesting recommendations made by Yi Huang and coauthors in Saving China from the coronavirus and economic meltdown: Experiences and lessons is leveraging internet fintech platforms to provide support to small business. They cite research showing that small firms which are able to access credit through online trading platforms like Alibaba have lower sales volatility and are less likely to go bankrupt. Such access to credit would be particularly useful in the face of the dislocation caused by the virus. Huang et al want policy makers to provide incentives for small firms to improve their digitalization. This would allow them to take advantage of the services that fintech platforms could provide by using big data to enhance credit assessment. The research they cite explains that, given the right information set, Ant Financial is able to provide loans based on a 3-minute online application, a 1-second approval process and zero manual intervention.

Indeed, there are encouraging signs that such leverage has begun. On March 5, Alibaba subsidiaries Ant Financial and MYbank launched the "No-Contact Micro Loan Assistance Plan", which involves digital online applications and no direct human contact. More than 100 Chinese banks have signed on to the Plan, including the Big Six state-owned institutions, which hopes to provide financial support to 10 million micro and small enterprises (see http://www.chinabankingnews.com/2020/03/08/100-chinese-banks-sign-up-for-mybanks-non-contact-micro-loan-plan-to-help-mitigate-coronavirus-impacts/).

In the face of the economic damage wrought by the virus, many countries rapidly implemented huge fiscal and monetary support packages. Jonathan Anderson'sChina's changing economic priorities and the impact of COVID-19 provides three reasons why we should not expect China's response to be as large as seen elsewhere.

First, a precipitous rise in debt since the Global Financial Crisis will make the authorities think twice before loosening credit policy in a significant way. Mr. Anderson notes that between 2008 and 2016, domestic financial debt rose by 100 percent of GDP, leaving Chinese banks with an "enormous hidden pile of bad credit claims". Since 2017, deleveraging has become an overriding policy priority.

Second, a dramatic fall in China's basic balance of payments surplus means that significant credit loosening could lead to external deficits. After having exceeded 15 percent of GDP in 2008, the sum of China's current account surplus plus foreign direct investment net inflows is now only one-tenth that level. The authorities are worried that slipping into deficit could lead to destabilizing capital outflows, like we saw in 2015-16.

Third, demographic changes mean that the Chinese authorities no longer have to pursue aggressive growth targets. For many years, the need to absorb large numbers of new labour force entrants led to growth being a key policy priority. Now, with the working age population having peaked and beginning to shrink, fear of unemployment does not motivate policy makers to the same degree.

Mr. Anderson cautions that since much of China's economic stimulus comes from government-sponsored infrastructure projects, it is not easy to gauge the amount of economic support in real time. Nevertheless, he cautions against assuming that China will return to the playbook it used during the Global Financial Crisis.

In my view, each of these essays is worth reading for the insights they provide into China's experience with the virus and the type of policy response we should expect.